A couple of years ago, Matt and I had a backyard bonfire at our house and our friend Stacey asked what plans we had for the space. I told her that along the stream, I envisioned tall grasses that would provide privacy for the backyard, as well as look pretty as they swayed with the wind. Something like this came to mind… 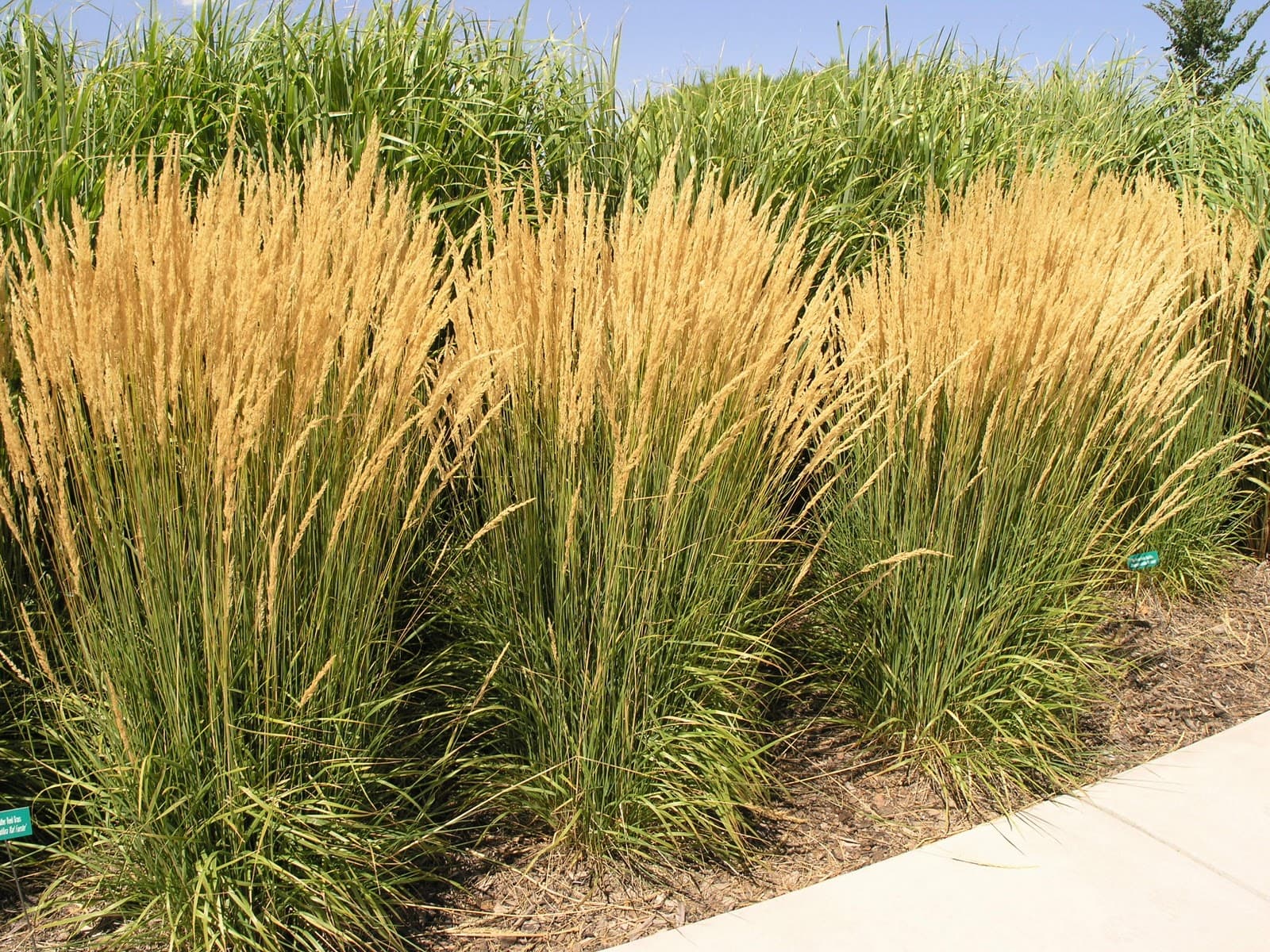 Well. Stacey (yes, this is the same Stacey as Wine Stacey and Shakespeare Stacey) mentioned her parents were actually looking to split some of their tall grasses and that they’d (probably) be happy to give some up. They are such nice people and of course, they thought the plan was a great one. The impending grass exchange conversation was born.

Well, you know what they say. “Third time’s a charm…” This year, luckily, we were able to make it happen and on a gorgeous, early October Saturday, Matt and I headed over to help split some of the grass.

Immediately upon arrival to their house, we realized that these weren’t ordinary ornamental grasses. They were beasts. Beasts! Tall and tough. Matt didn’t really realize going in how much work it might be to split these bad boys. Stacey’s dad helped a lot, but it was mostly Matt wielding the ax. Yes, an ax. Things got real, fast! 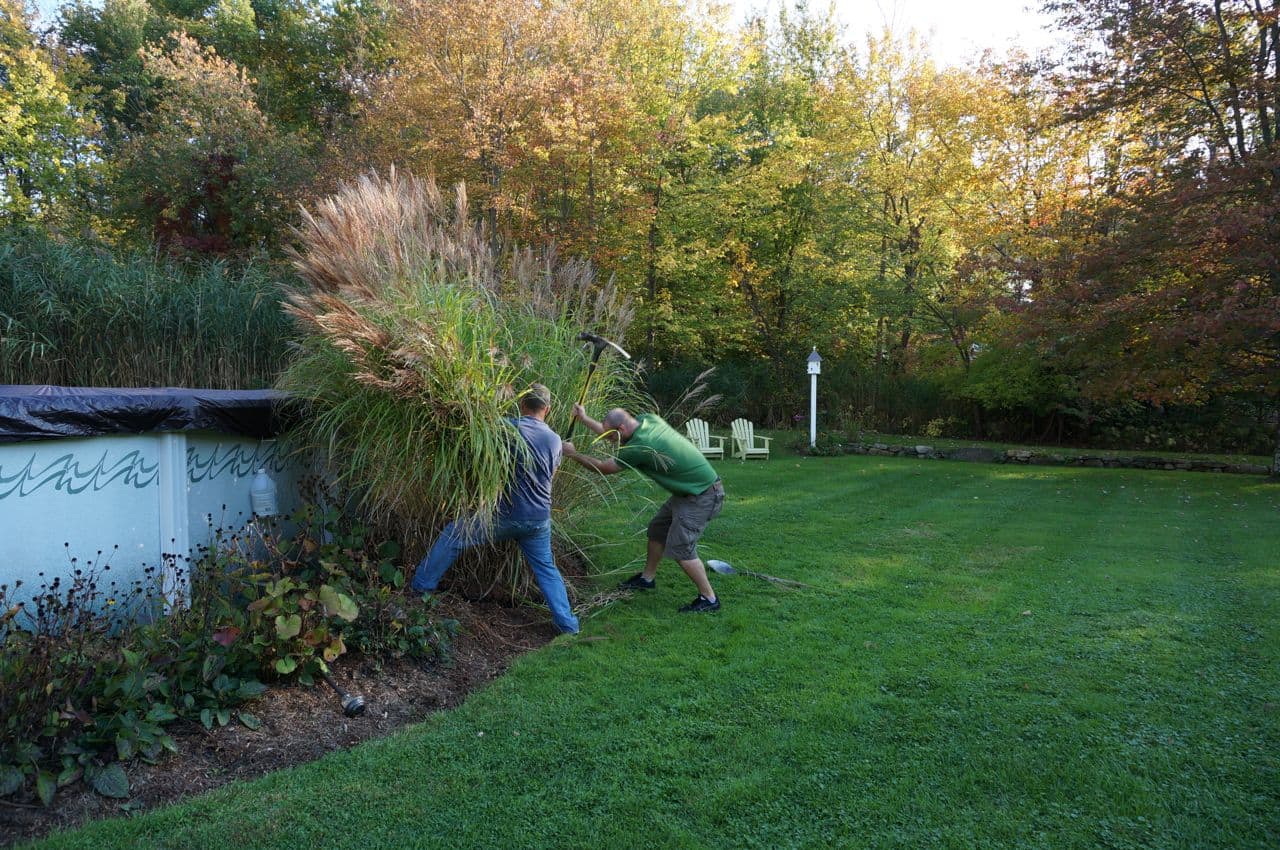 Look how tall those grasses are! NUTSO, right?! I can just see them swaying in the wind next to the little stream in our backyard. Also in their favor - they will help to obscure our 70+ year old neighbor sunbathing in his backyard. Bonus. 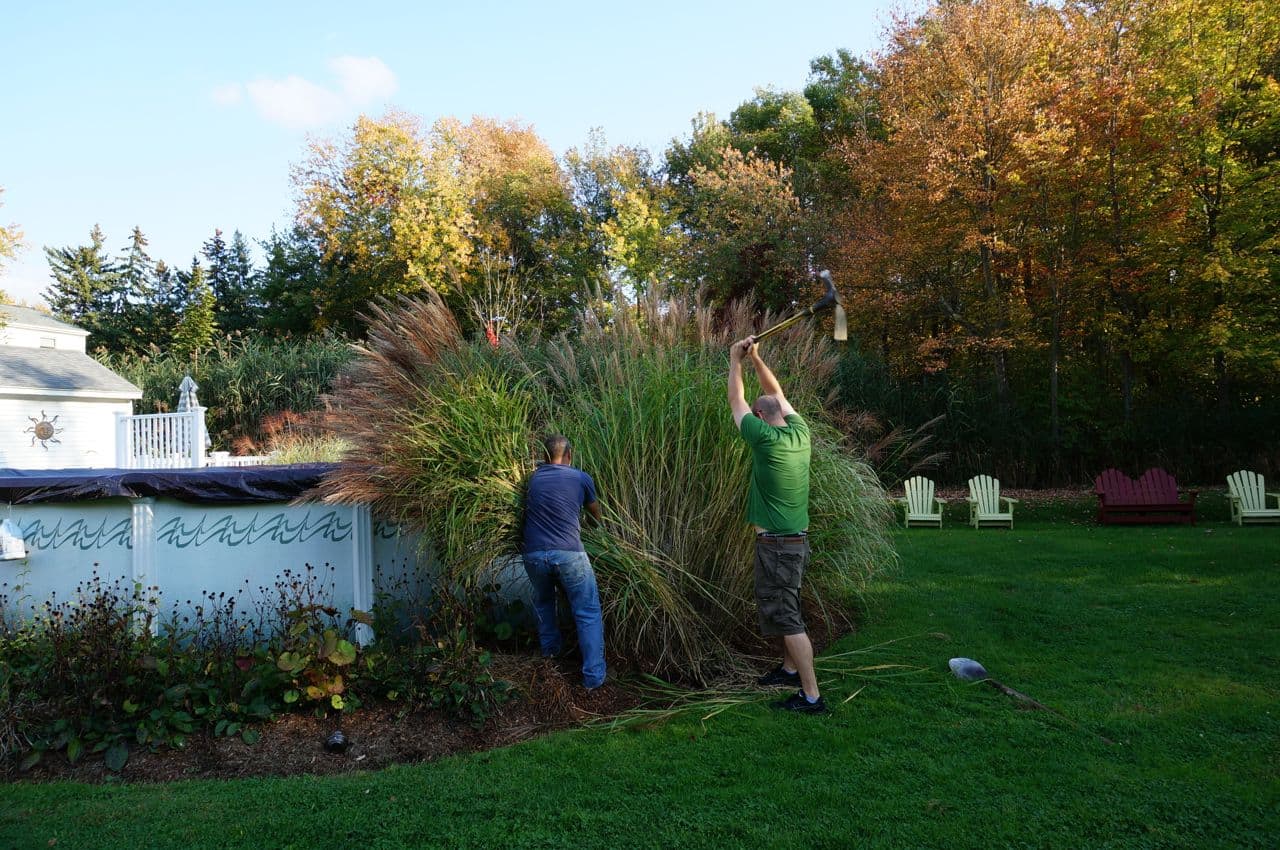 Stacey’s dad, Joe, would pull apart the grasses, and Matt would hack away. I swear, with every hit, he looked back at me and gave me a look that said, “What did you get me into!?” The ax and the shovel helped a lot, but it was mostly manpower. 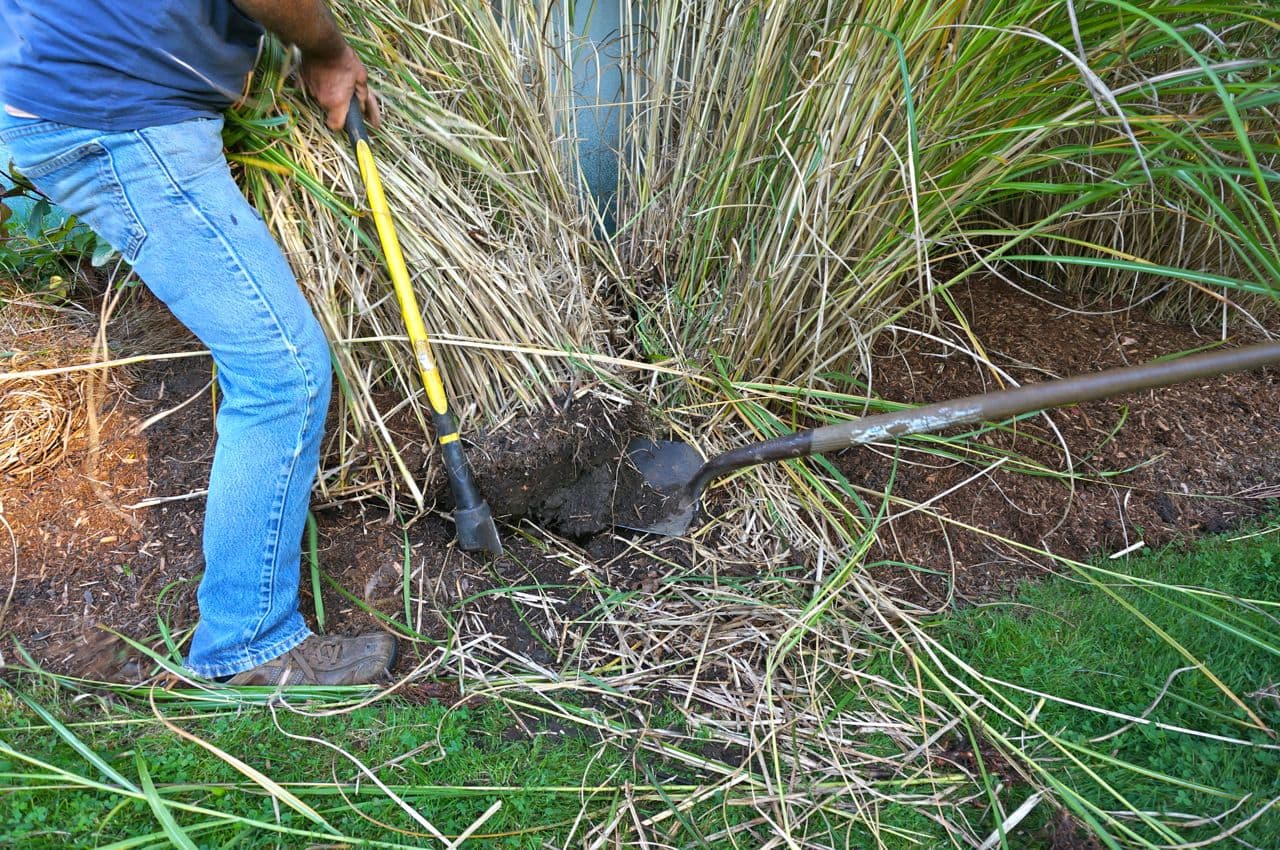 Joe kept saying how intricate and insane the root system was. Who knew grass could be so hardcore?! After a few sweaty minutes, we had a good chunk ripped away from the main plant. 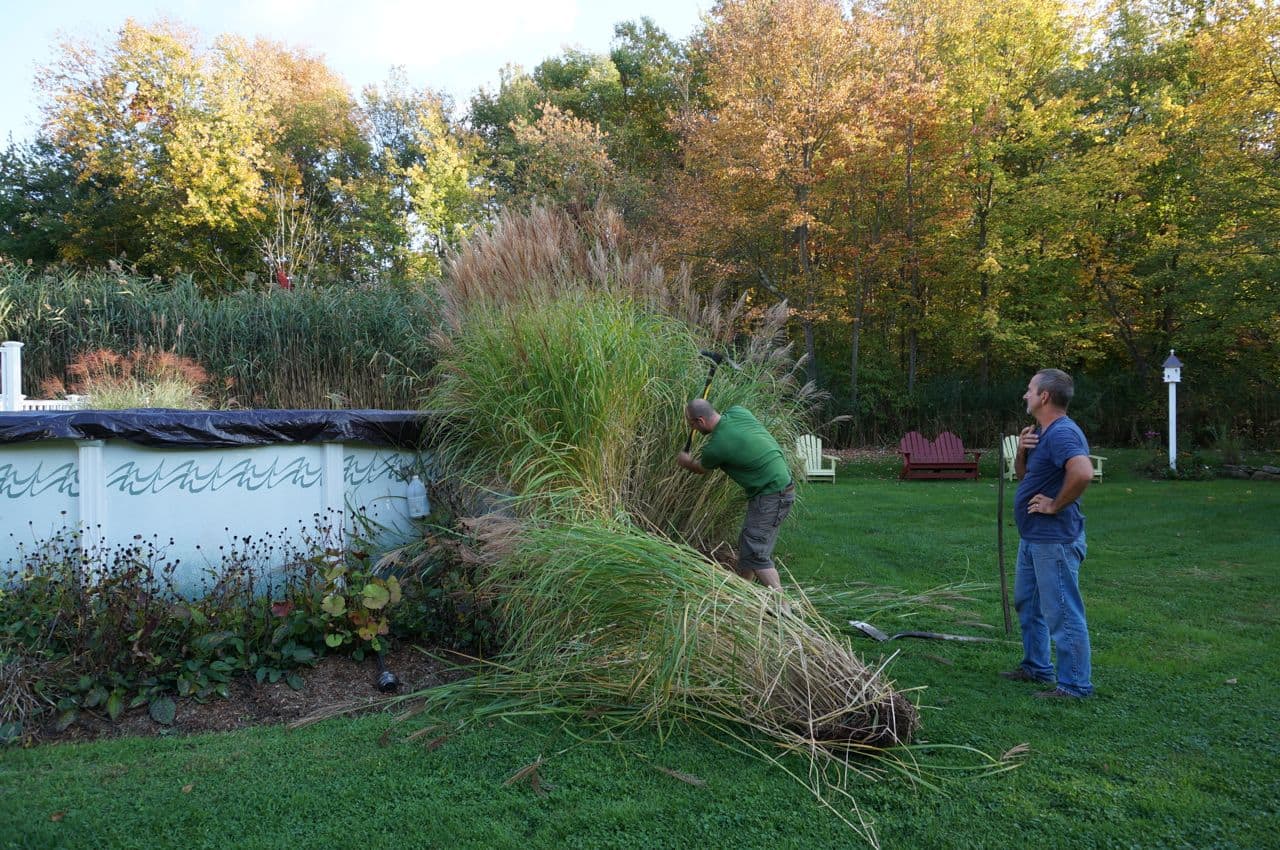 You can kind of see the thousands of tiny roots that are holding the soil together. It’s amazing, really. I hope it helps to hold the stream banks together, too! 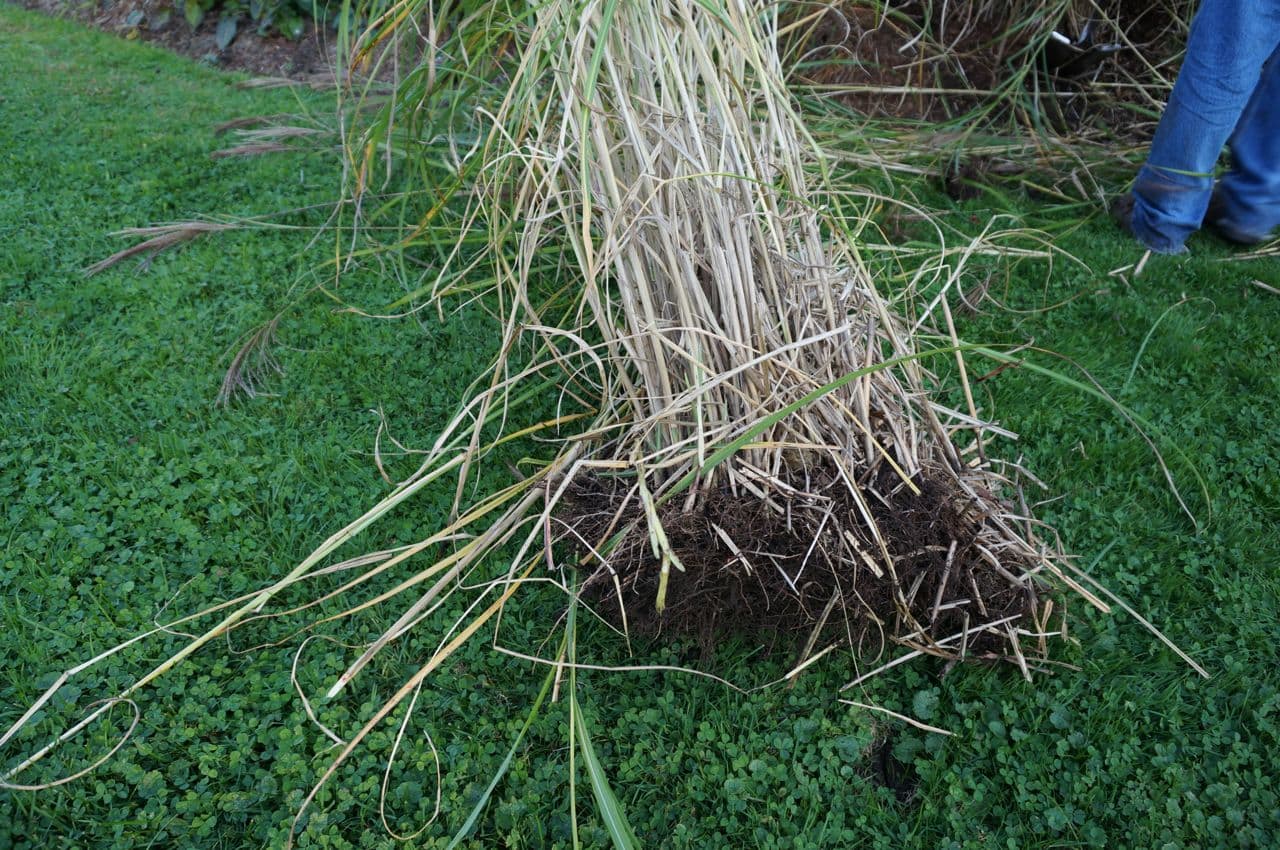 Matt pulled out one more section, and we had two giant sections of grass that we would then split up to create smaller plants for me to plant. 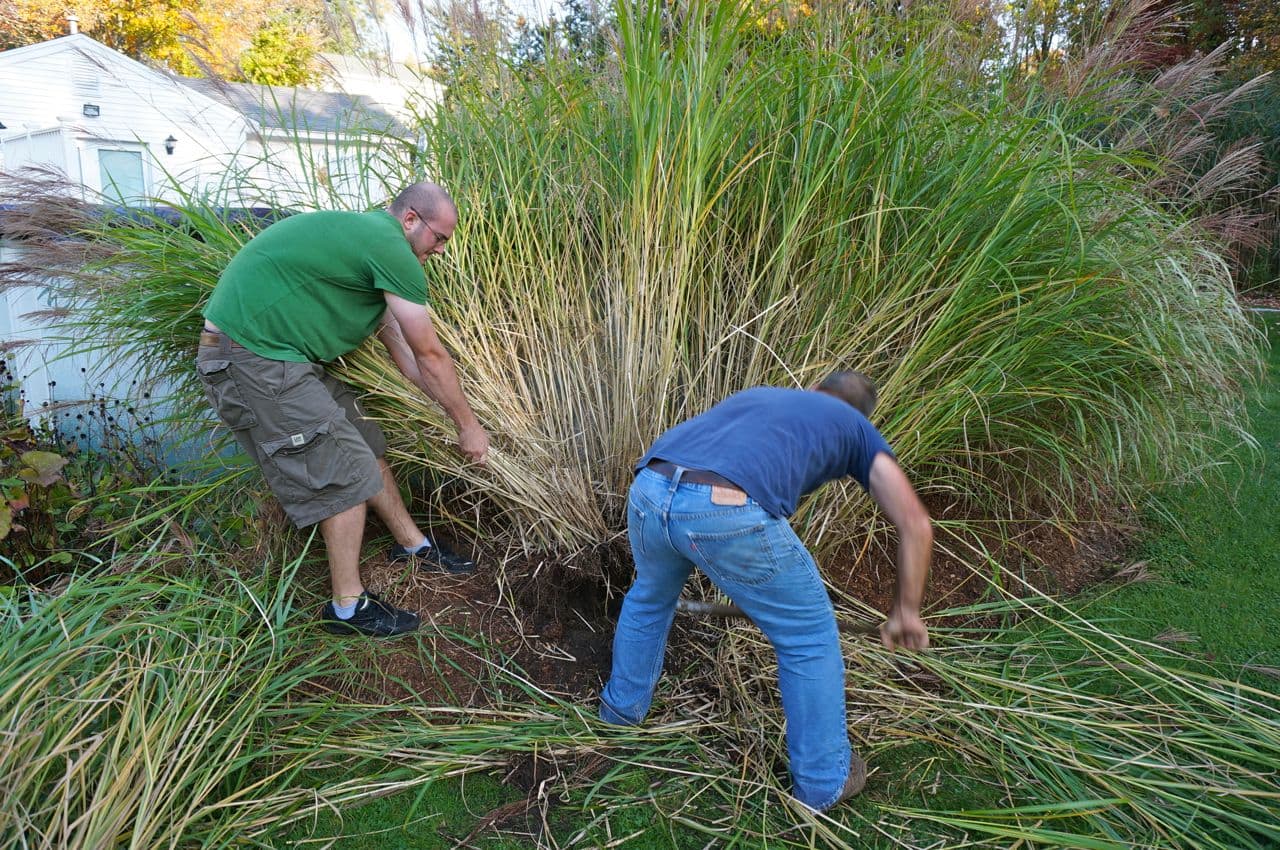 Not prepared for the size of these grasses, we had no vehicle in which to transport them to our house! Joe was nice enough to throw them in the back of his truck and drive them over. What a gem. I got them in the ground a couple of days later, and it took about 45 minutes total - not too bad. They don’t look like much now, but I’m anticipating big things in the Spring! Here’s hoping.