Yes, this post is a bit of a teaser, because I don’t have true “after” shots yet. Yet! They’re on their way…

Those who know me well know that I get ridiculously excited ridiculously easily. You can see a few pictures and read a little about that here, but it’s not necessary. You just need to know that a good trip to Costco can send me over the edge. That gives you a pretty good idea, right? Well, I’m really excited about something right now.

Back in the fall, we were handed down a beautiful crib bumper that is the sweetest thing ever. It features cars and trucks and various other vehicles. I love it. The colors are perfect for the nursery and I love the sweet stitching that looks like embroidery. 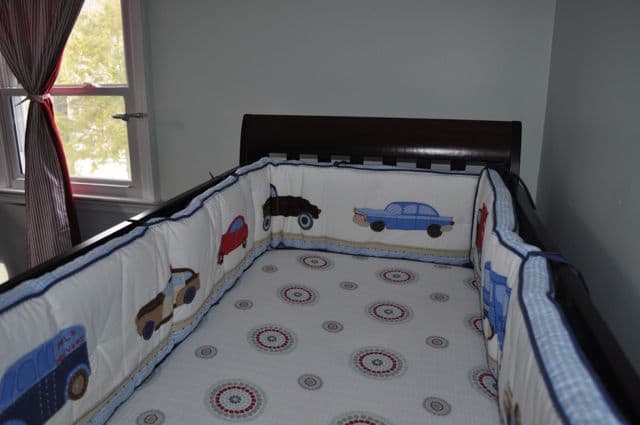 As people came in and out of the nursery to check on the progress, they’d comment on how cute the vehicles were and I had the brilliant idea to ask my brother-in-law Nick make me some custom art for the room that matched a couple of the vehicles. Matt picked the moving truck and I picked the tow truck and starting in early January, Nick went to work on them. 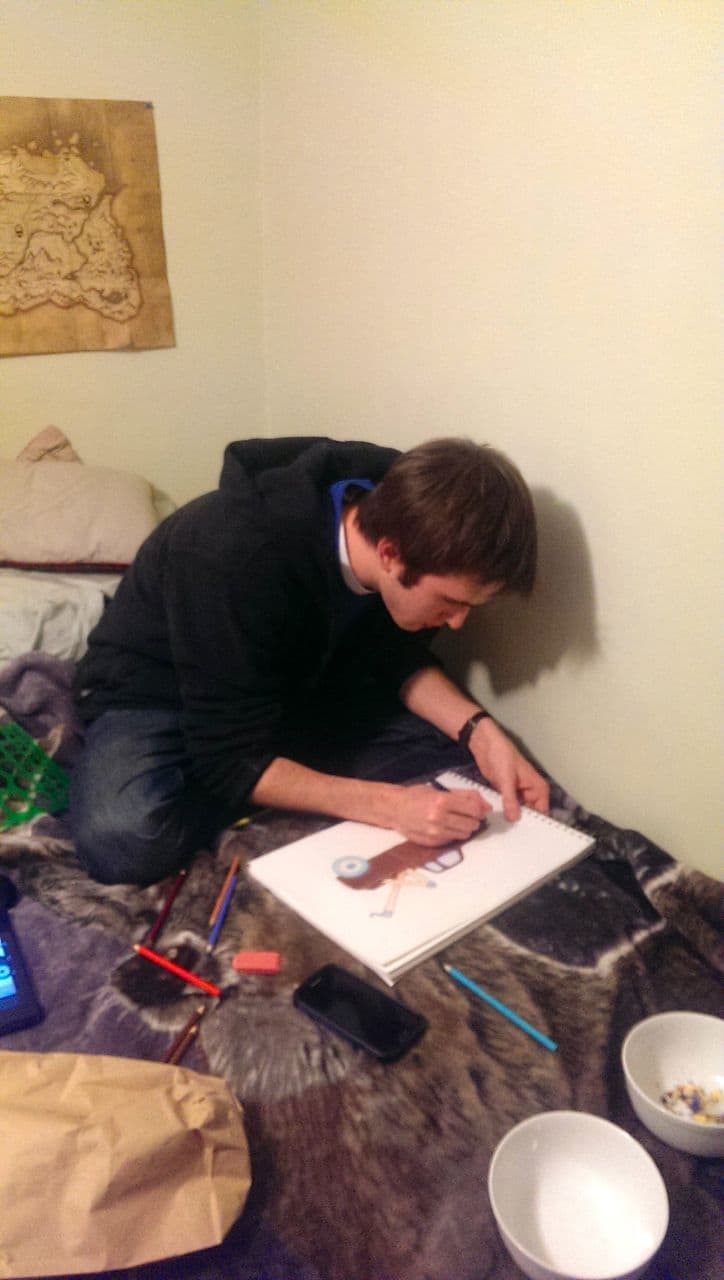 Nick and I decided to use colored pencil because I liked the soft effect it would create for a little baby’s room and he felt comfortable with that medium. Well, after months of painstakingly penciling, Nick gave us the drawings last night. I can’t stop looking at them… aren’t they beautiful!? He’s so talented. 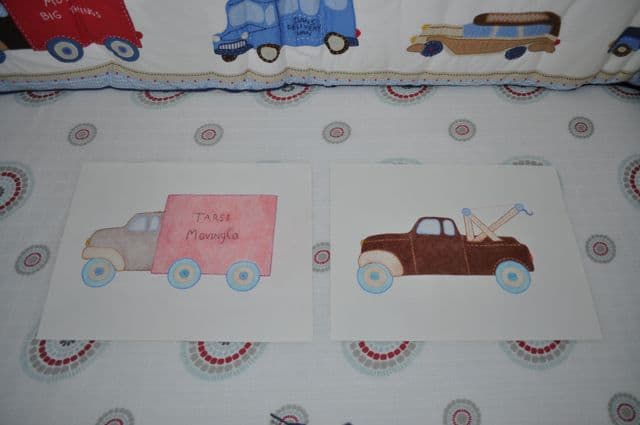 The detail of the stitching… it’s incredible. 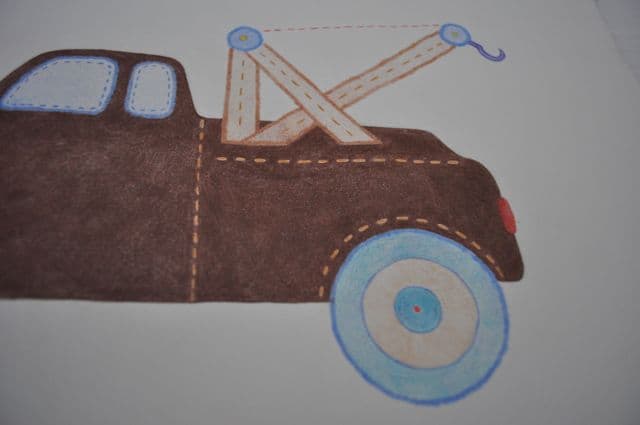 While Nick worked on the drawings a little each week, I pulled out a couple of frames that I grabbed from a tag sale over the summer. I think I paid $10 for the pair and I wasn’t planning on using the original art… 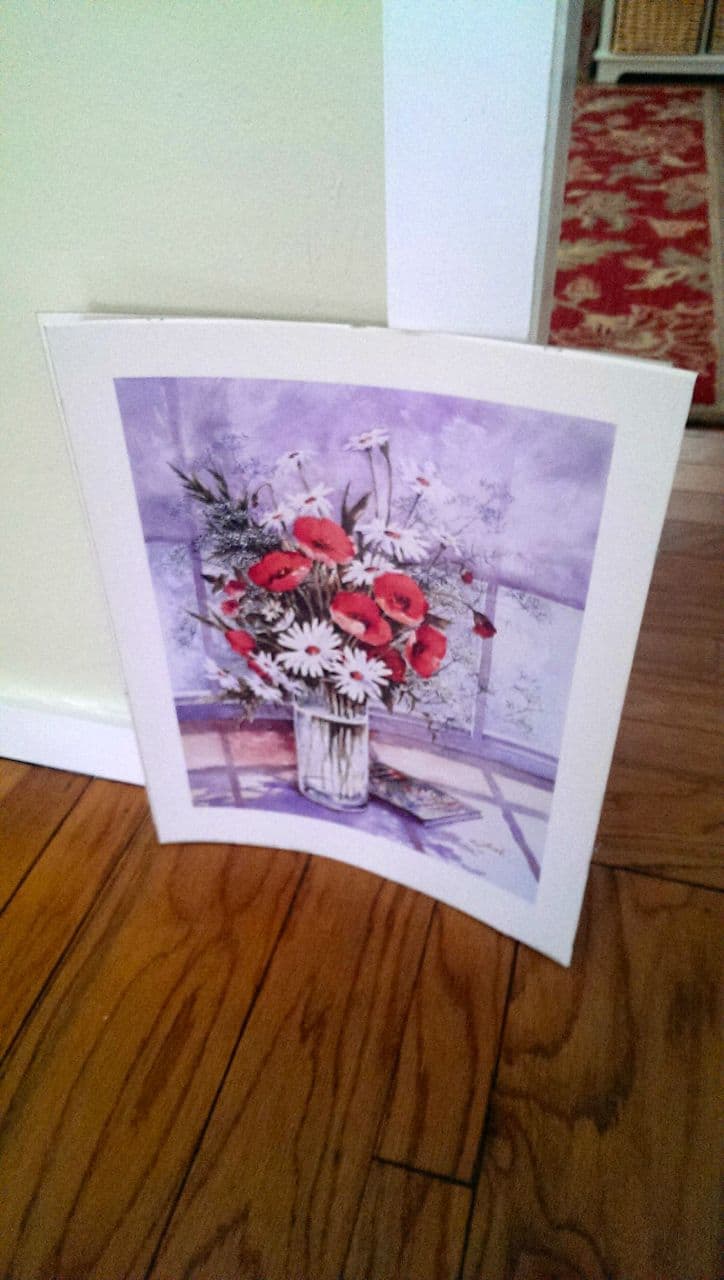 The frames were both blue, but different shades of blue. I had a sample pot of Annie Sloan Chalk Paint in Emperor’s Silk laying around from the lamp makeover, so I threw a few coats on the frames. 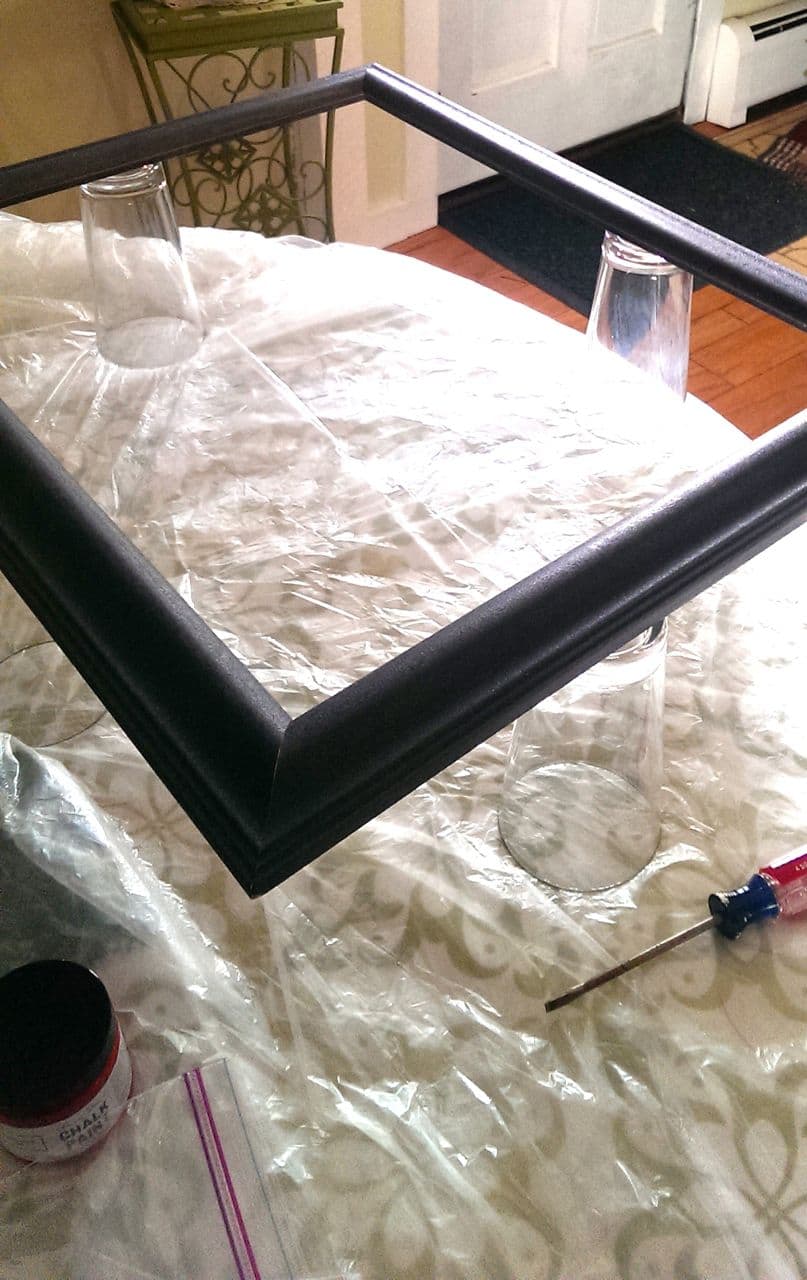 They were ready for prime time after three coats. 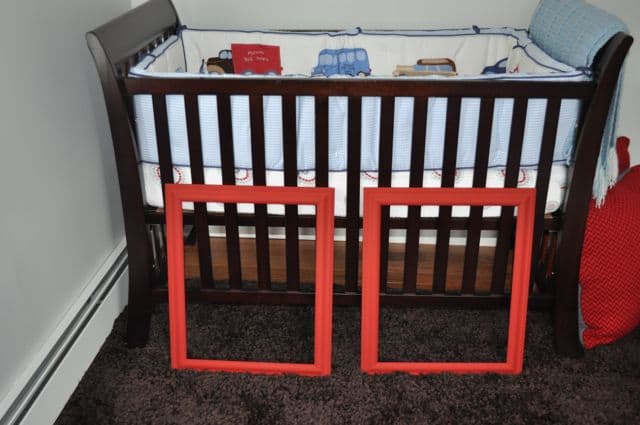 I also grabbed a couple of mats at Michael’s. I hung the empty frames on the wall and took a couple of shots to make sure I liked it. 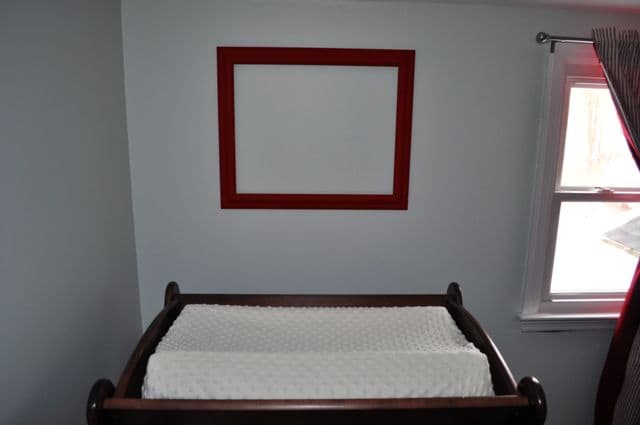 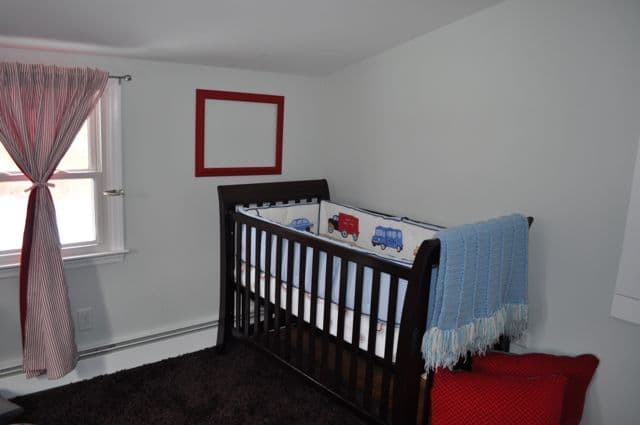 I have some time to decide if I like the frames where they are, because we need to get some mounting hardware before we finish this update. I like the idea of the two trucks together, instead of straddling the window, but there isn’t a great spot for them to hang with enough wall space to draw the focus they deserve, if that makes sense. Also, first frame is centered over the changing table, but since the crib is pushed close to the wall, the second frame isn’t centered perfectly over the crib. I can either live with it or move the crib so it’s about 6-8 inches from the wall. What do you think? Would the off-center frame near the crib bother you? It doesn’t bother Matt, so maybe I’ll get over it.

As soon as I get the art in the frames, I’ll share the pictures and another wall tweak I’m contemplating… Happy Tuesday!