Nearly three weeks ago, I posted a series of (very amateur) photographic shots of some plants around the yard. We had so much rain in May that I titled the post, “May Showers Bring June Flowers,” because “April Showers Bring May Flowers” didn’t really fit. That was three weeks ago, so here we are now, with some new blooms that have popped up around the ol’ school house.

Three weeks ago, I had one calla lily bloom. One. Now, I have a bunch! Adding to the excitement, more buds are popping up each day. I forget how many I planted! Most are small-ish, but I did have one giant bloom that I had to cut and bring inside. You can kind of see it next to the sink in the post about our new faucet. It’s still going strong. I planted the callas in containers this year, but will move them to beds this fall. 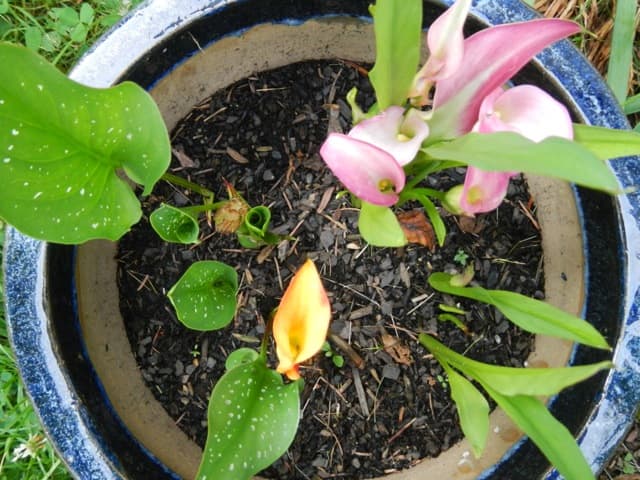 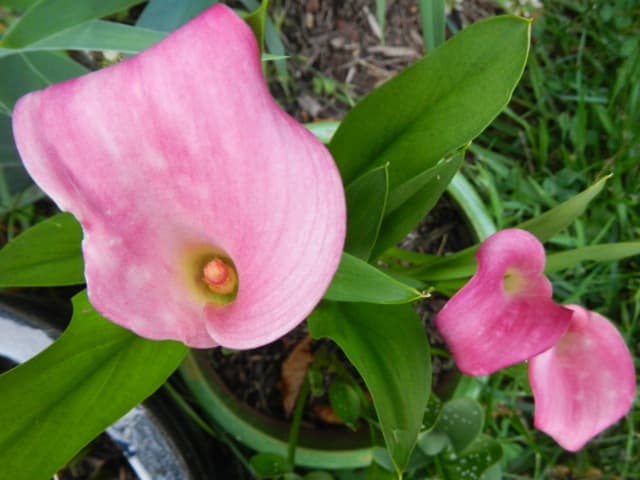 Along the side yard, I have a ton of Rose of Sharon (Hibiscus syriacus) plants. They are just starting to bud out. You know, like chill out, but for plants. Bud out. It’s a thing around here. 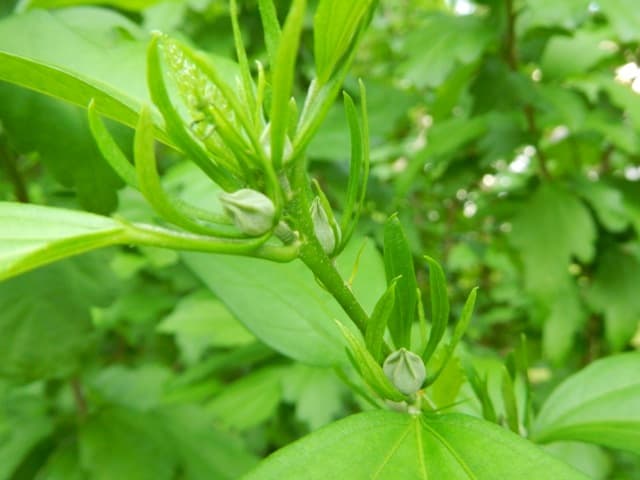 Next to the Rose of Sharon I have a tree that has tiny raspberry-esque berries on it. I know that raspberries grow on bushes, though. Maybe it’s a raspberry relative? While you’re looking, check out that bug on the leaf below. Ick. 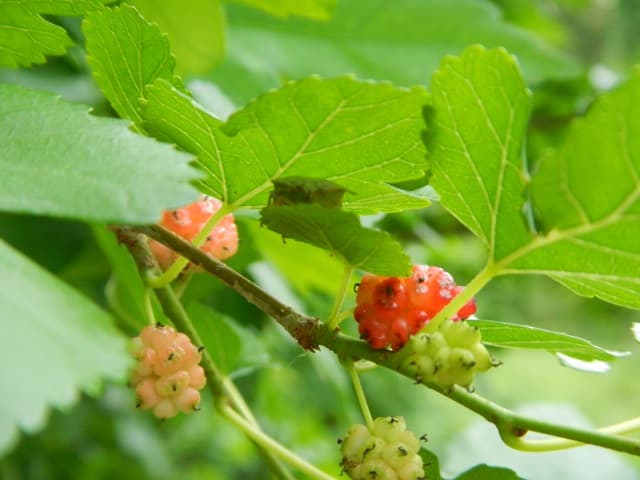 Any ideas on what I’m calling the “Raspberry Tree” are appreciated. Maybe Luis can help again. He answered my long unanswered question of what the heck this was… 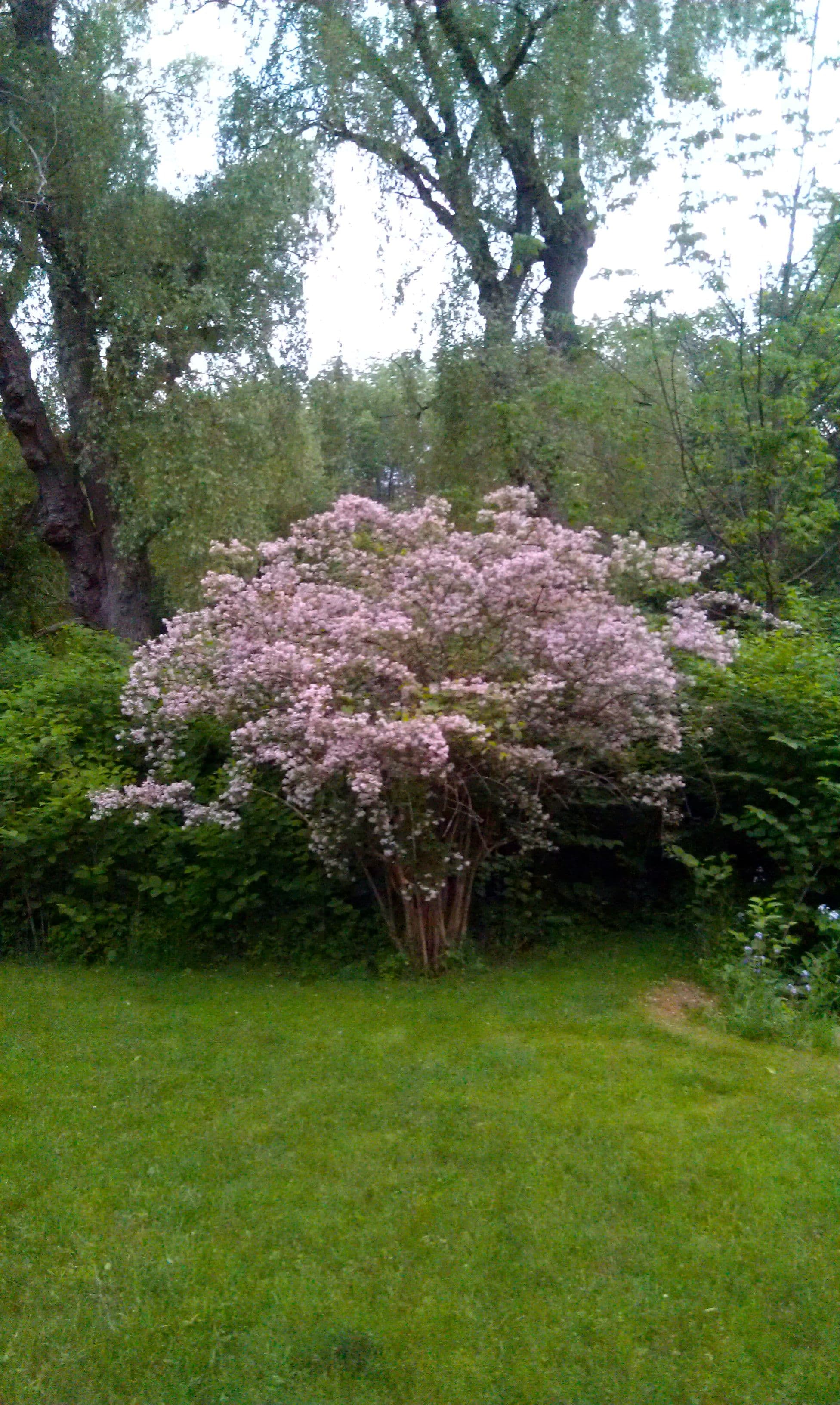 If you weren’t following along a few weeks ago, I have one pink bush… 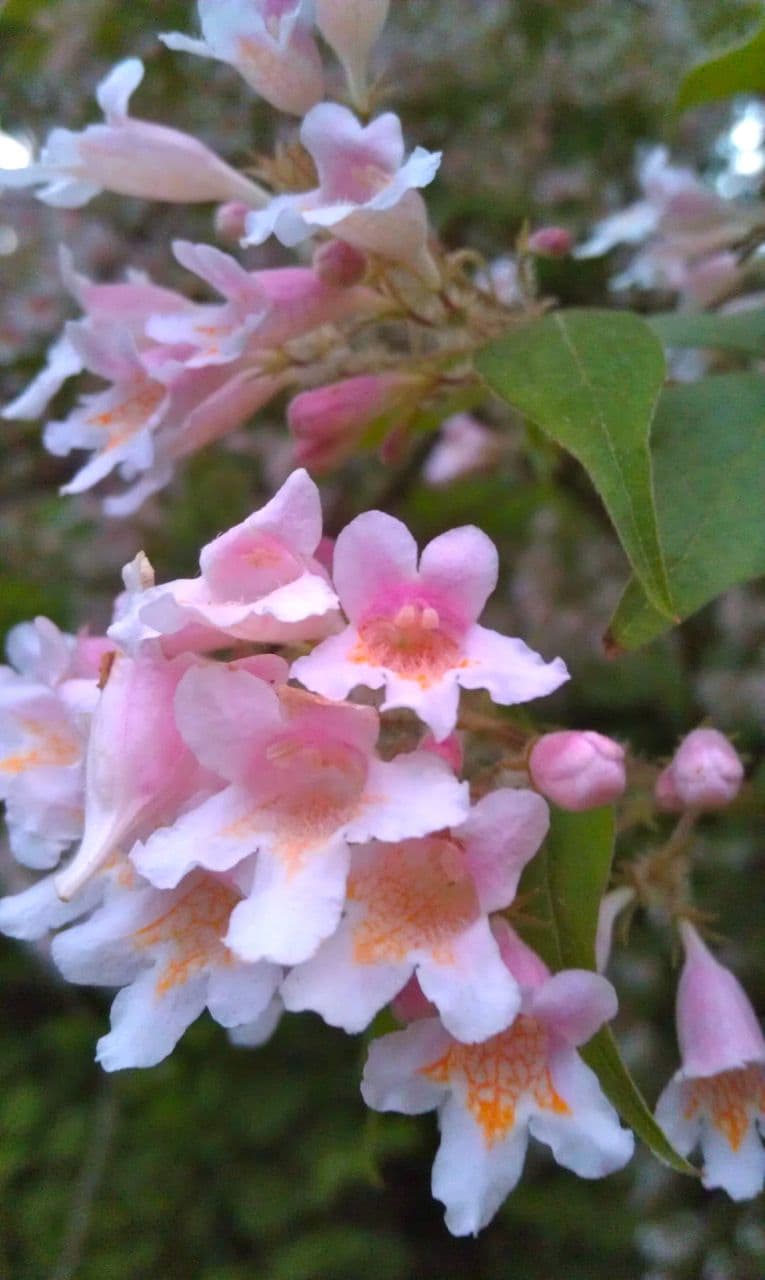 …and one white bush…

…and had NO idea what they were called… for years. I asked everyone that came to the house what it was. No one had any idea. Ever. Finally, Luis stepped up and enlightened me. It’s called a Beauty Bush. Appropriate name, right?

I’ll give you a quick Beauty Bush lesson while we’re on the subject. Skip down to the next picture if you don’t want to hear me ramble. But really, who doesn’t want to learn something new each day? The Beauty Bush (Kolkwitzia amabilis) originated in China, but an Italian missionary discovered the plant and sent the seed West. The Beauty Bush became very popular in eastern North America after WWI. It grew in popularity and won a bunch of prized gardening awards between WWI and WWII. The popularity eventually faded, and it seems as if they’re few and far in between nowadays. They’re deciduous (Boo! I wish they’d bloom year-round!) and deer-resistant (Yes!) and make this girl ridiculously happy during their short, two-week bloom time.

My white Beauty Bush near the front of the house has since faded, but check out this little guy resting on the stone wall. You can barely see the Beauty Bush leaves to the top-left of the bird in the picture below. 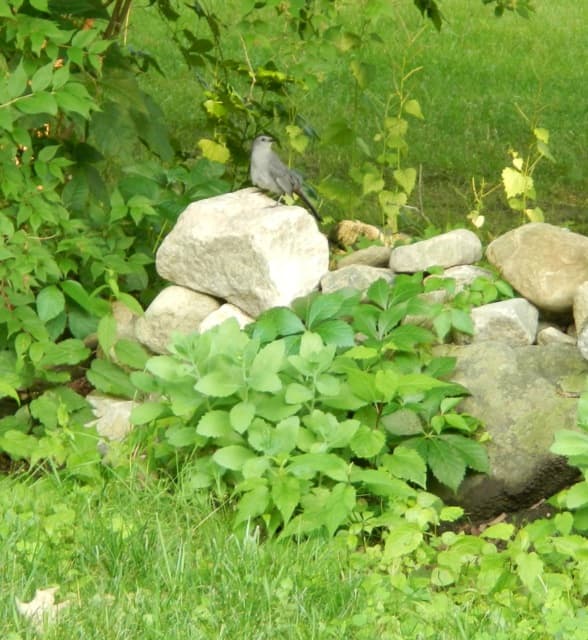 My Astilbe are starting to fade now, and I’m upset I didn’t take a picture of them sooner. They look white in the picture below, but last week, they were a bright, light pink. So feathery! 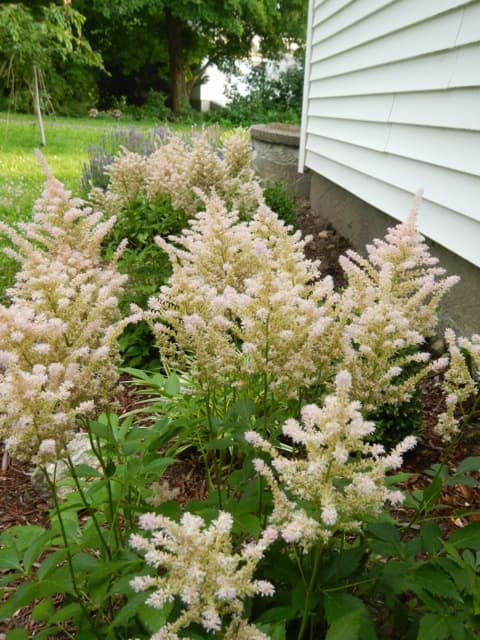 In the other plant post a few weeks ago, I showed you my hydrangea buds and detailed a little bit of my past hydrangea drama. Today, they’re budding out all over, and some are even starting to pop! I love them. Definitely a favorite of mine. 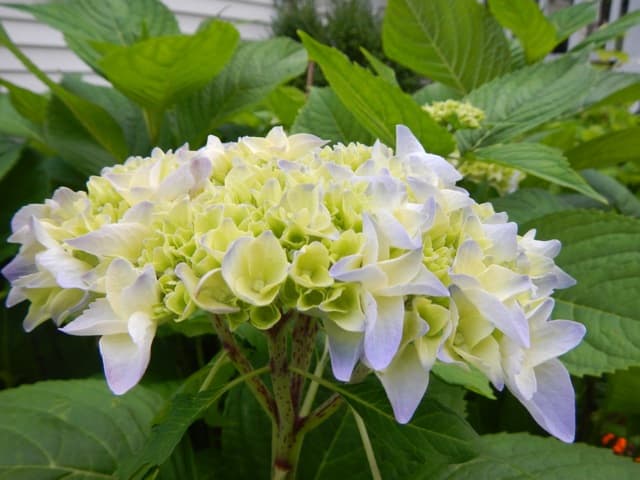 I’m looking forward to my day lilies, too, which are right next to one of my hydrangea bushes. You can see a bunch of buds on them below. My mom gave me some from her garden a few years back, and now I have so many buds! She said they’d spread like crazy, and she was right. What she didn’t warn me about were the deer. They eat these things like candy. I’m going to give them a few more days to grow, then I’m cutting the stems off to enjoy inside, because I know it’s only a matter of time until the deer come ‘round to shatter my day lily dreams. 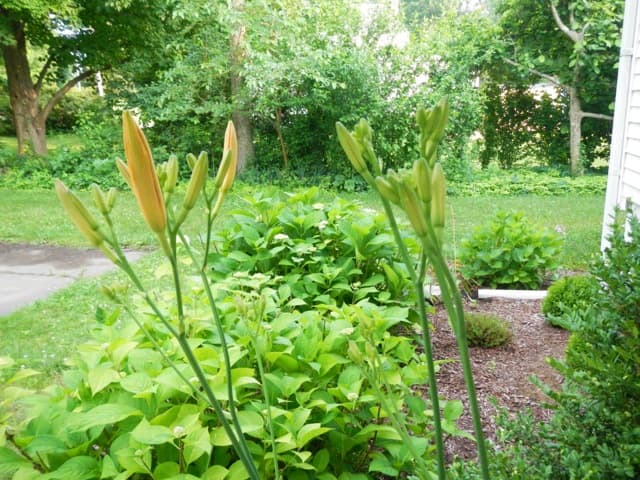 Over on the side of the house, I have some Foxglove (Digitalis). I bought two Foxglove plants about three years ago, planted them in front of the porch, and watched them barely bloom, only to die away. One kind of survived, (if you call green leaves but no buds surviving) so I tried it on the side of the house, where it gets full sun. It was a good transplant, because they’re blooming well now. 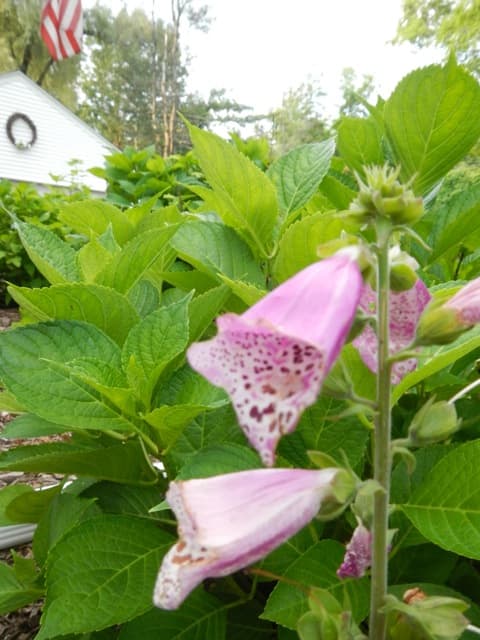 Goes to show you that if a plant isn’t doing well in one location, you can always try another spot and (sometimes) find success. A lot depends on the soil and the light, so it seems I’ve found a good spot for this guy for now.

What’s “budding out” around your yard as we inch towards July? July. Holy moly.

Anyone have any guesses on what my “Raspberry Tree” is really called?