When it came time to shop around for lamps for the guest room, I was rearing to go. I was fresh off a successful Target shopping spree (where I grabbed a new comforter, pillows, vase, pouf…) and I was itching for more. I hopped around Homegoods, Pier 1, Pottery Barn by day and trolled the internet at night. Okay, that sounds sooo creepy, but I was trolling for lamps, people. Lamps.

I couldn’t find a thing I liked. The bedroom is on the small side, so something too large would dwarf the room and something too small would be annoying for our guests to actually turn on and off. I needed something similar to the size that was already in there (two lamps from Matt’s childhood bedroom). Then it HIT me. Why didn’t I just try to work with what I had? I ran to Home Depot, grabbed some spray paint (1 can of primer & 1 can of color) and got to taping off the lamps that we already owned.

We were working with two lamps that were nearly identical except for the color, with outdated shades that were also different colors. 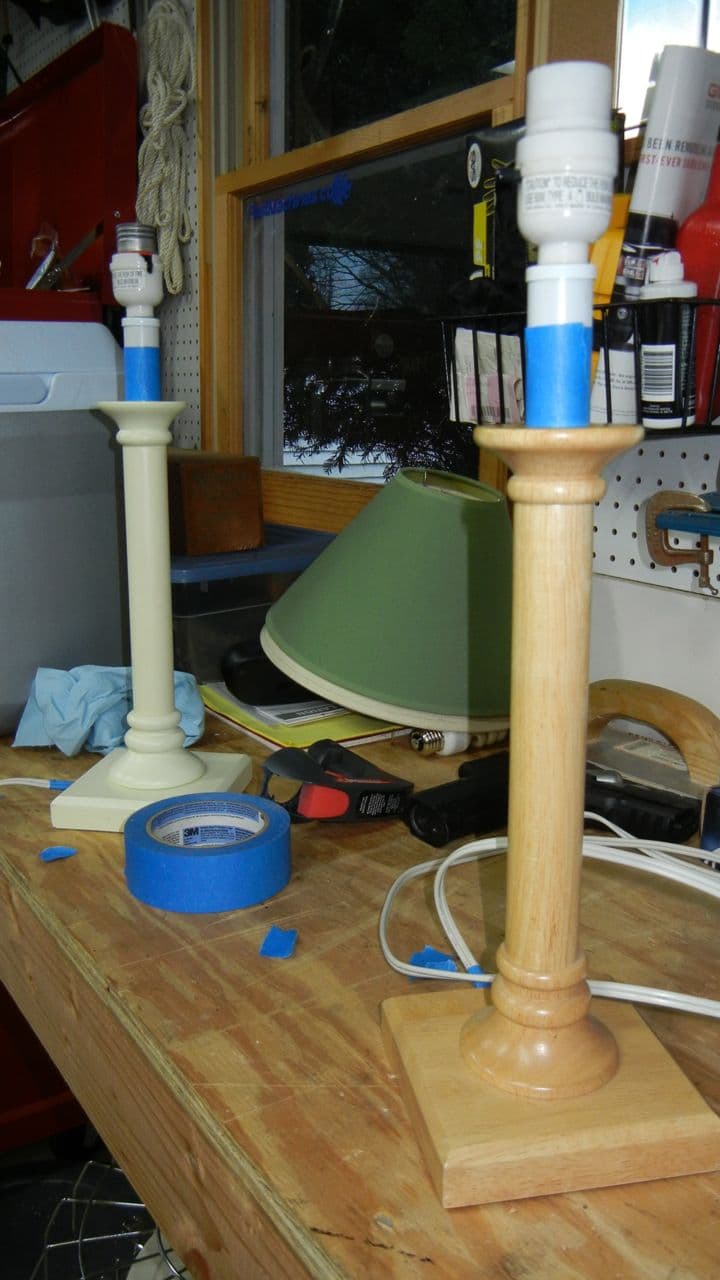 As far as the taping is concerned, we used painter’s tape to wrap the cord where it met the base of the lamp and then coiled the cord into a plastic shopping bag, taping the bag closed. We then wrapped the top part of the lamp that would be covered by the shade to keep it white. Then we wrapped the entire top of the lamp where the light bulb sits, because common sense told us it’d be a good idea. Spray paint in electrical recesses seemed a bit dangerous. I laid those bad boys on the tarp in the driveway and got ready to spray. Yes, you do see a spray paint “gadget” sitting atop the can in the picture below. Matt bought a trigger pull that connects atop the spray paint can to be easier on my fingers. (Maybe I complained too much?) So instead of spray painting, I think I’ll call it shoot painting. For now.

I pulled the trigger and let that primer fly. 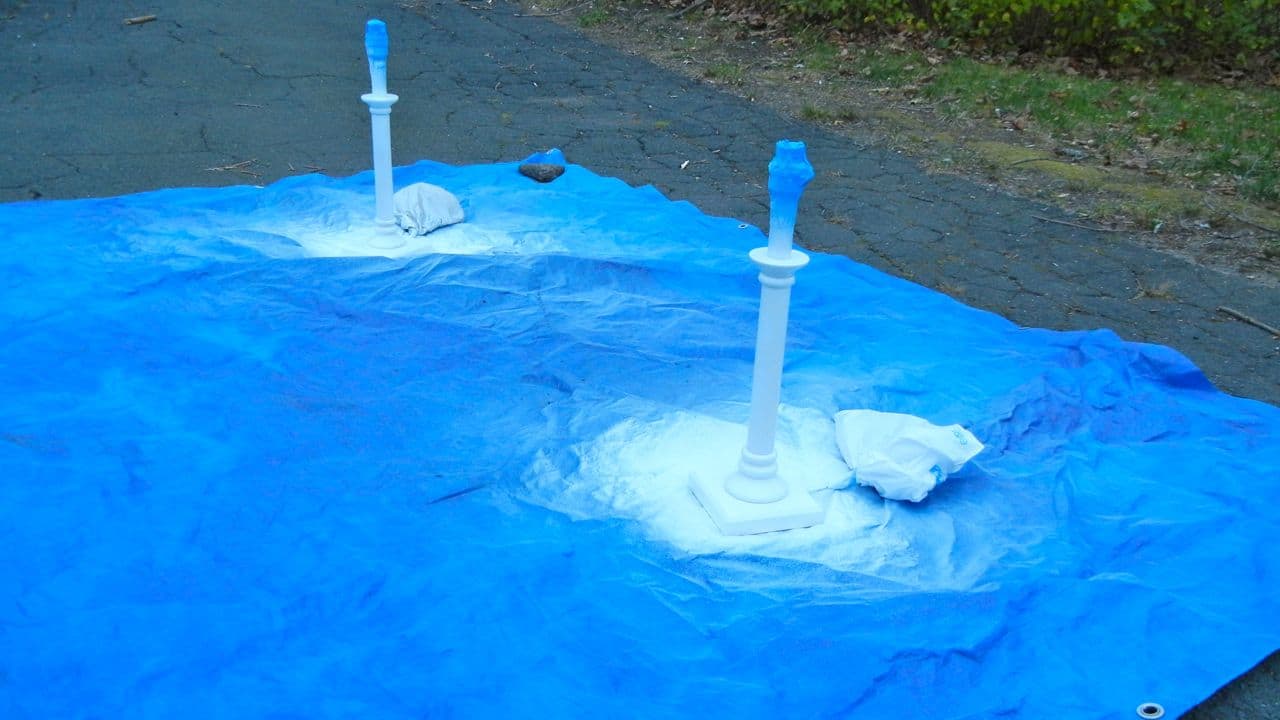 Mmmm…crisp white lamps. Was I tempted to leave them white? Of course I was - don’t you know me at all yet?! Alas, I chose a sunny yellow color that would complement and brighten up the room’s gray/blue walls and pick up on some of the colors in the comforter gained from the aforementioned Target shopping spree. 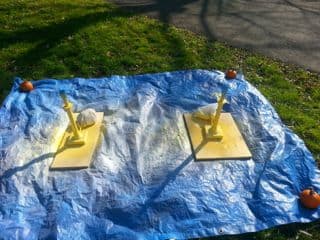 Matt actually shoot painted (shot painted?) them yellow while I was in Boston/Cape Cod for the weekend, so he sent me the above picture. He totally one-upped me in the shoot painting department. As you can see above, he not only placed the lamps on boards for easier base coverage, but he anchored the tarp with our fall decorations (pumpkins!) instead of the boring rocks I used. You aren’t supposed to show up the shoot painting blogger, darling!

I grabbed a couple of adorable, $13, linen-y, drum shades from Target (shocker!) to top them off, and I think they look saaaaweeet. Besides for the terrible taken-at-night-picture. Ignore that. :) 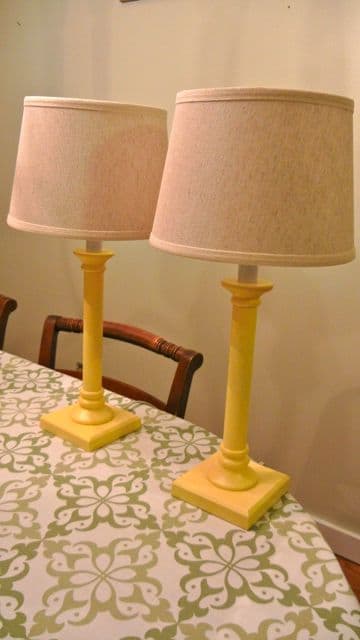 As soon as I figure out the night stand situation for the guest room, I’ll have a full room shot for you guys ;)