This is my first post since our baby announcement, so let me first say thank you for all the love! All of the comments totally made my day. We’re nearly halfway there and we are so stinkin’ excited!

With the arrival of the baby come early Spring, I decided to revisit the old “2013 Goals List,” to see how we’re doing. You know, because I have sooooo much time left to get it all done in 2013. One thing on that list (which you can read about here) is lightening up the dark beams in our home. 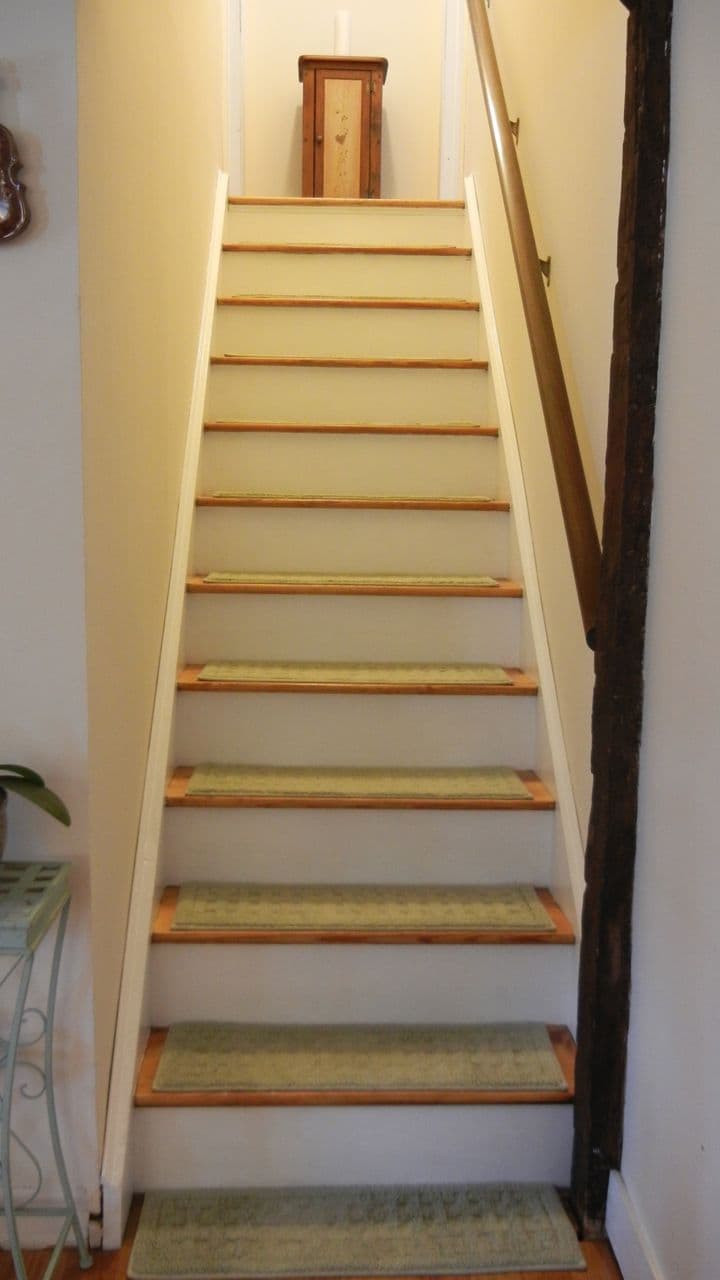 We have another that runs along the dining room wall and across the kitchen ceiling… don’t mind the outdated kitchen picture below - it doesn’t have the new paint color or the new counters/backsplash, oops. 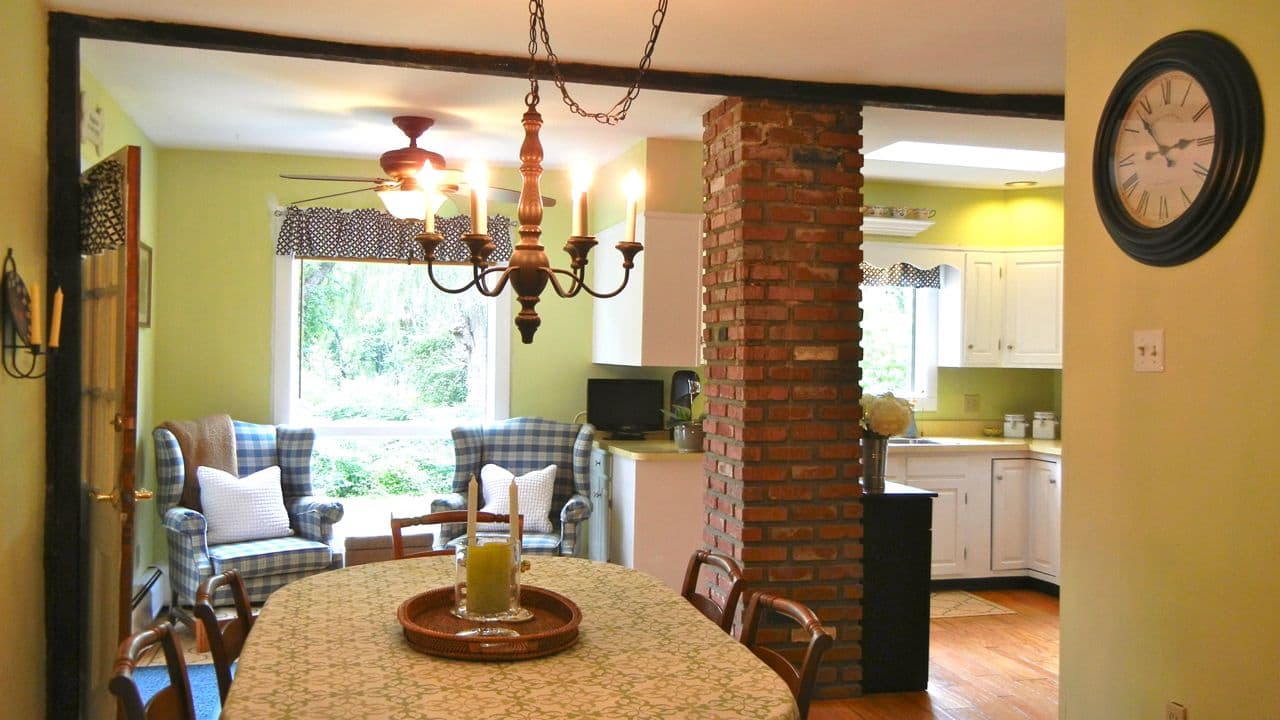 I had plans to white wash the beams to create a cool cottage-y look that would serve the purpose of lightening up the space. To white wash anything, the tried-and-true method is mixing half of your white paint with water. A few coats later, I expected it to look something like the ceiling beams in the inspiration picture below.. 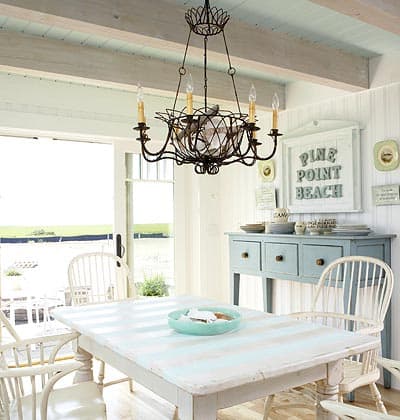 I decided to tackle the smaller stairway beam first. We took down the handrail so I could get closer to the beam with the brush and some drywall ripped off in the process. Whoops.

After one coat, I was already happy with the progress… 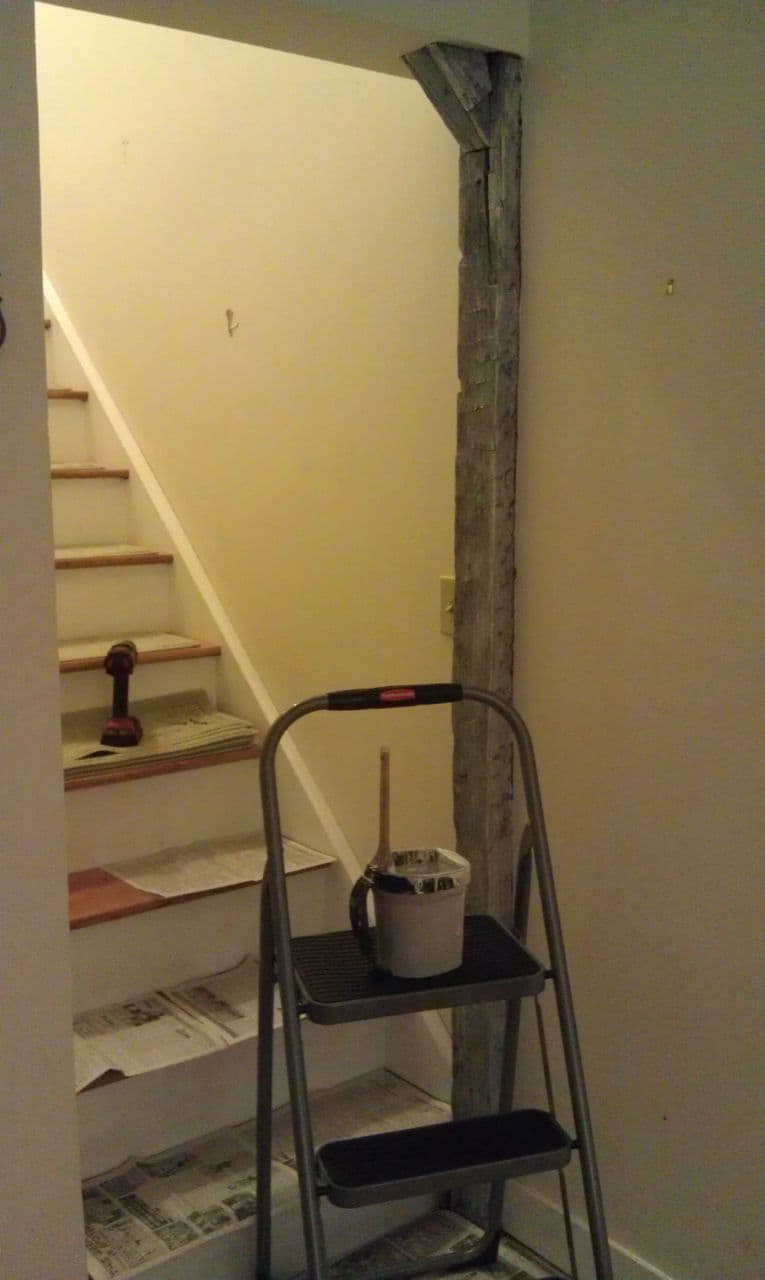 Sorry about the terribly lit cell phone shots, I didn’t feel like taking out the real camera. 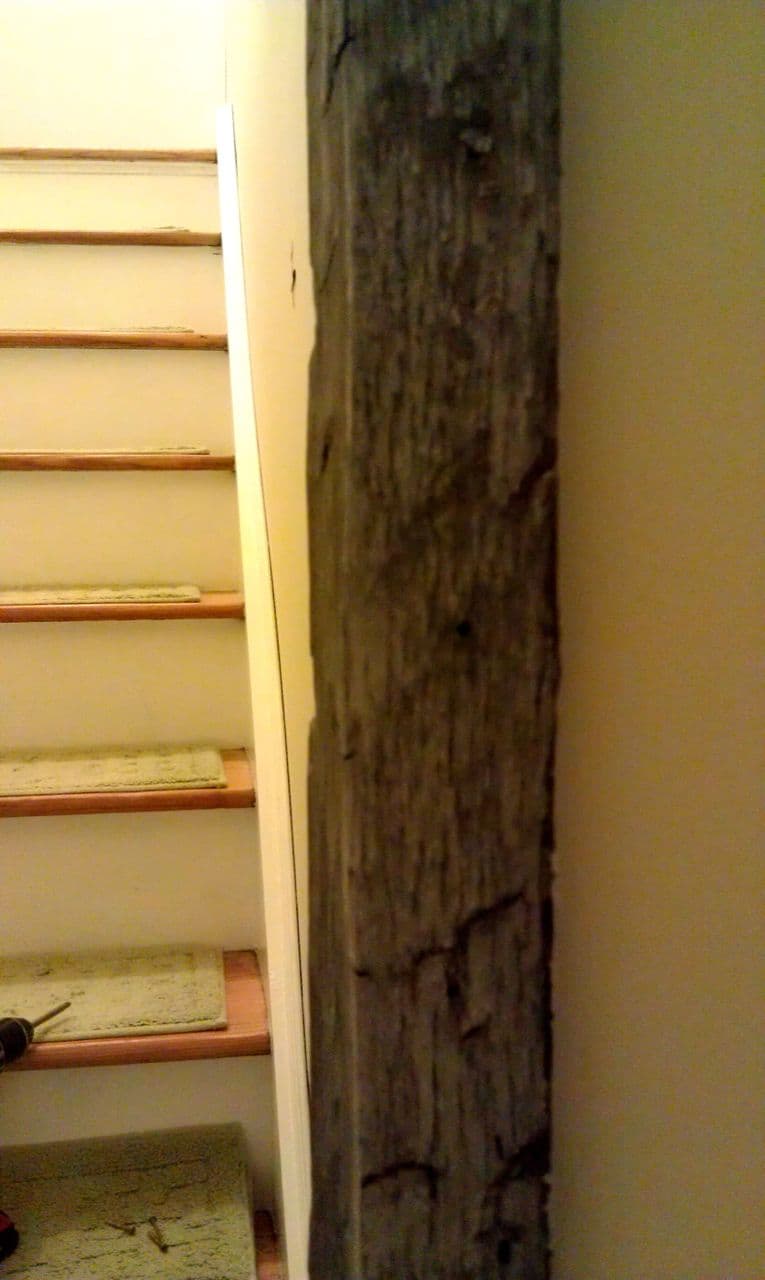 In the end, I didn’t really love the look. Matt wasn’t sold either. Of course, our beam started out much darker than in the inspiration picture, so that may have something to do with it. After two coats of white wash, (which is so messy, by the way) I settled on painting the beam pure white to match the rest of the trim, and I’m much happier with the end result.

It still has the dents and imperfections of the natural wood beam, and I’m happy with how it turned out. Of course, with the beam white, we immediately noticed the crooked drywall running alongside the beam, so we’re thinking about adding some quarter round on each side to straighten it out a bit. Or, maybe we’ll learn to love the imperfection because the rest of our house isn’t perfect, either, and we love it the way it is. We’ll see. The best part of this little project is that it cost us nothing. We already had the brush & paint on hand, so it was a quick easy fix that took a few hours total.

We have to reattach the handrail (after staining it a lighter color!?) and fix the drywall, as well as change that almond colored light switch peeking out from behind the beam but beyond that, I’m pretty satisfied with how the stairway is coming along.

Next up: Tackling the larger beam in the dining/kitchen area. Once I paint it white, I think it will do a lot to brighten the kitchen even more.