It’s been a while since I’ve done a “getaway” post, so now seems as good a time as any to get one up here. We’ve been back from our 4-night Cape Cod getaway for a little over a week now, and I’ve finally had a chance to go through and edit the pictures. For those of you who like the posts where I’m mostly quiet (less wordy) and you get to see lots and lots of pictures, then this post is for you! Update: I’m not as quiet as I thought I could be, so this trip will be broken down into two posts. Let’s get into it, shall we?

We arrived on Friday night close to midnight and checked into our room at my Nana’s house. We stayed there for two nights to spend some time with her before heading off to an inn for two nights (that’ll be included in Part II). We were up bright and and early on Saturday morning to have a delicious breakfast at Jack’s Outback. We go there a lot, and I wrote a little bit about it here. The food is amazing, and tourists rarely hear about it, but the real reason we go is for the puppies. How cute is this father/daughter pair? 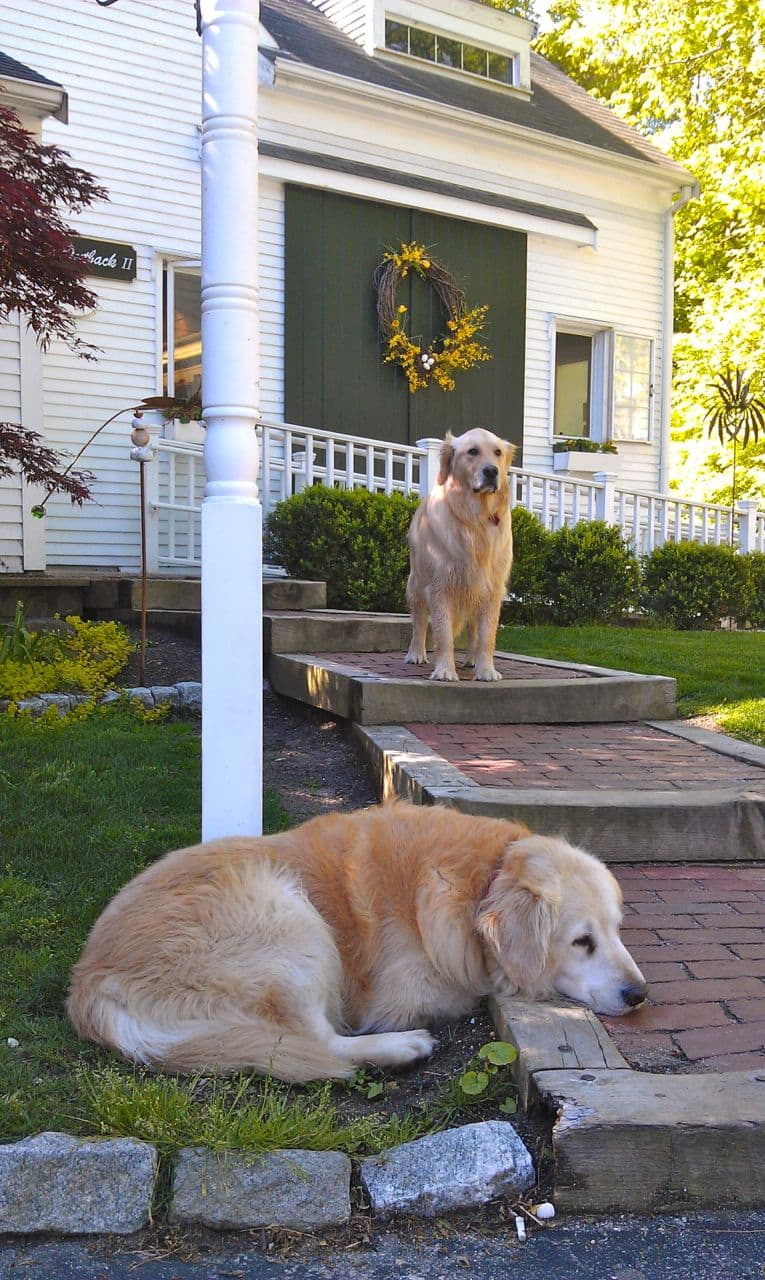 Matt and I ventured off for an adventure after breakfast. In all of my years and years spending summers and weekends on Cape Cod, I’d never kayaked there. I made the executive decision to do so this trip. I found a spot in Dennis Port called Cape Cod Waterways that offered what I was looking for. 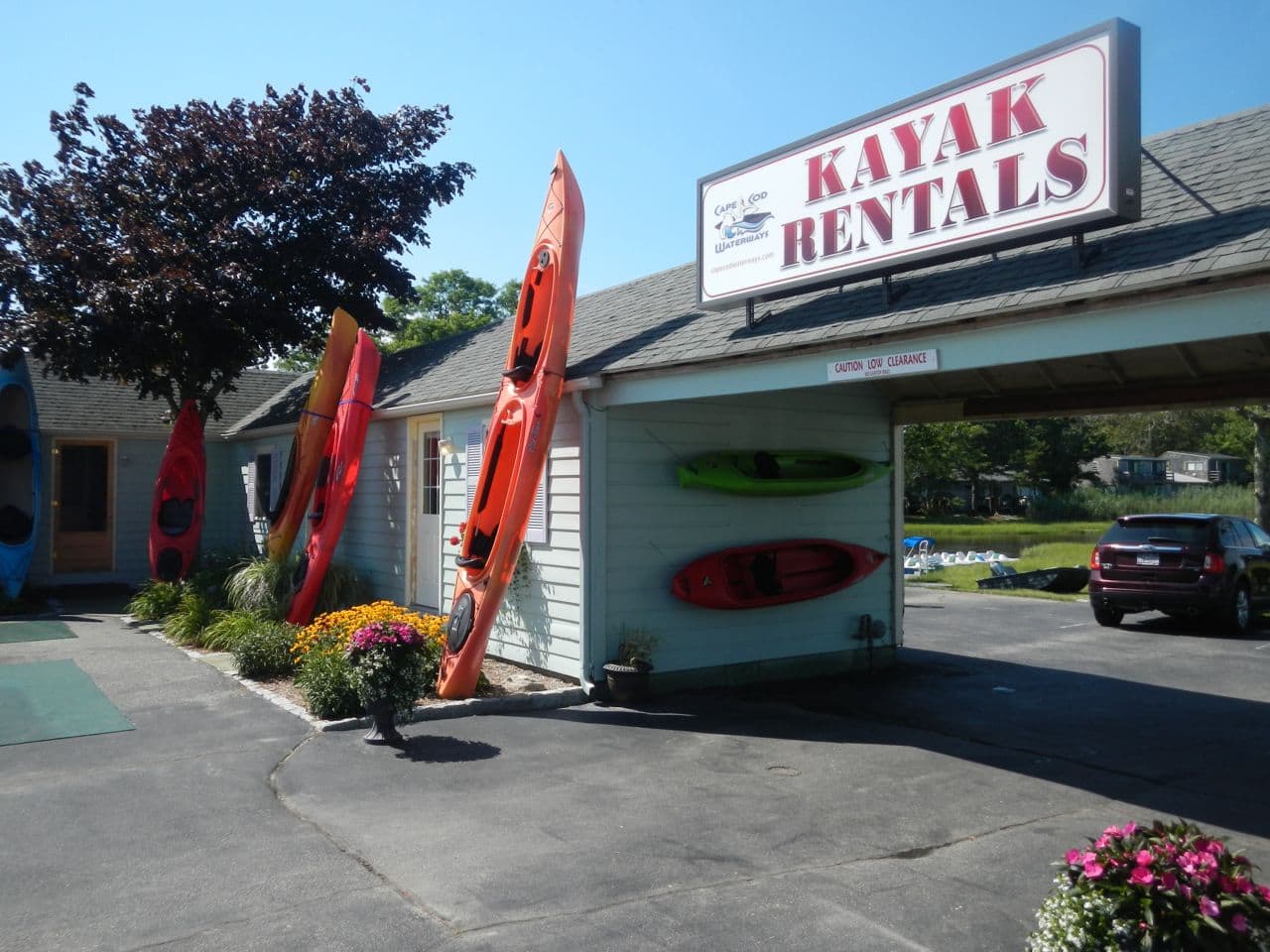 The rental place was on Swan River, about halfway between the bay and the ocean. Since the current was coming in, the “expert” at the loading dock advised us to paddle towards the ocean first, so we’d be going against the current earlier rather than later. This proved to be great advice. The reason I put the word “expert” in quotes is because when she asked if we wanted some expert tips, we agreed. Her “expert” tip was: “You’re gonna wanna put your paddle in the water and push the water back, propelling you forward.” Oh boy. 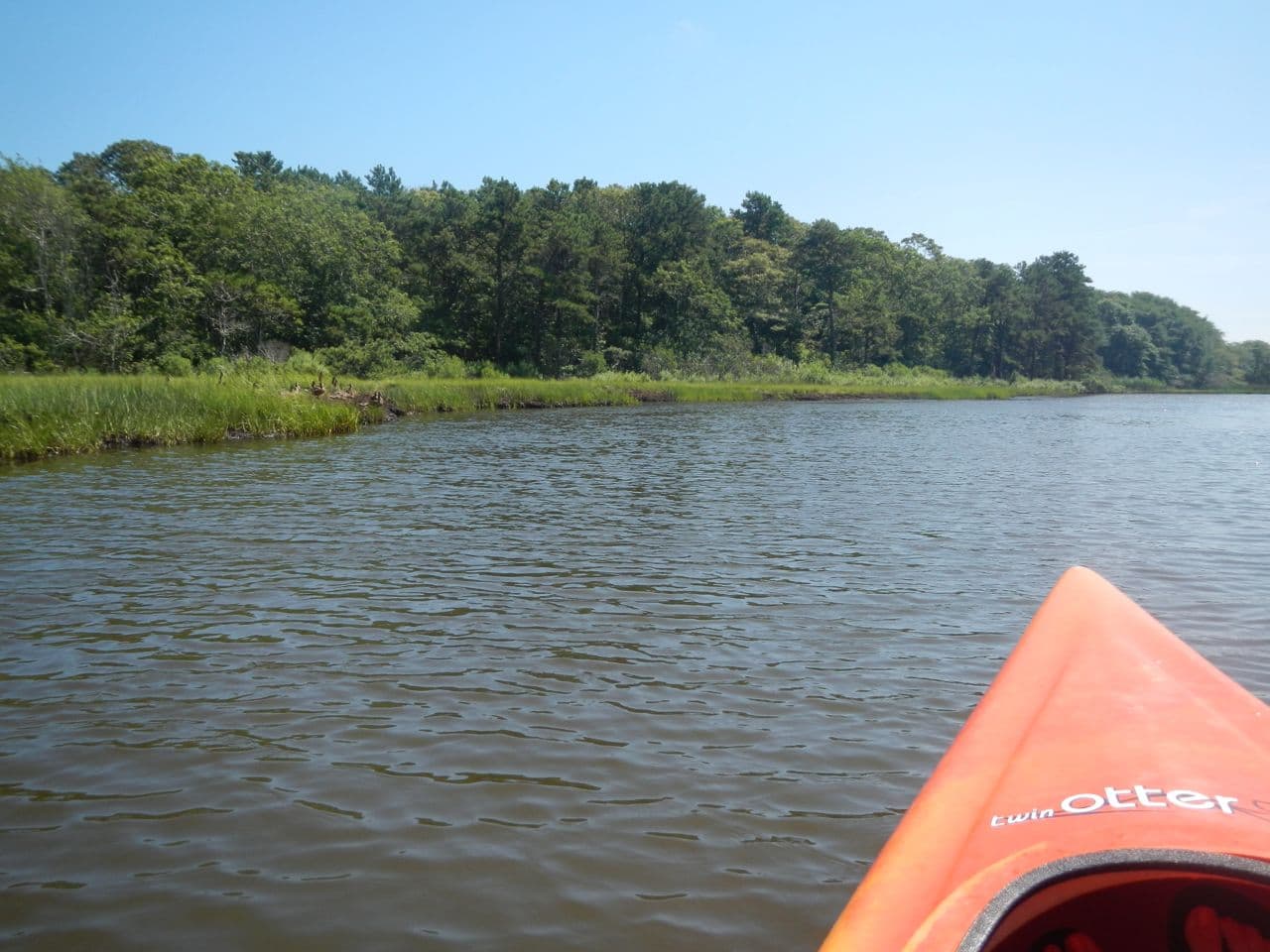 It was a good but tough ride upstream towards the ocean. It took us a few minutes to really get synchronized. At one point, I saw a little tributary off to the side and asked Matt if we could check it out because it looked fun. Come on, doesn’t it look fun? 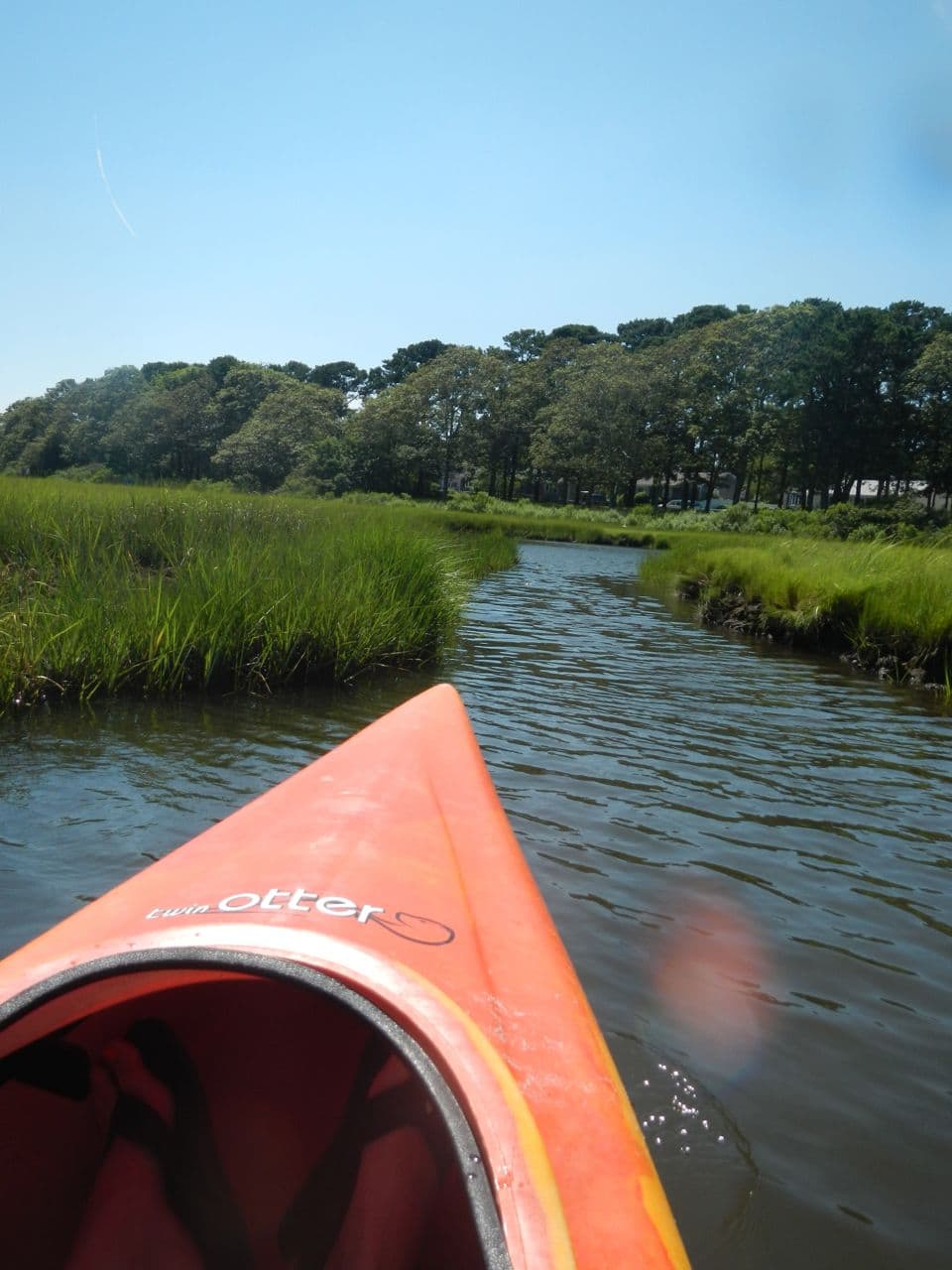 It was NOT fun. We came very close to the sides where there were hundreds of very large, very creepy bugs that came dangerously close to jumping in the boat. I’ve never backed out of a place so fast. It ended up being about a mile and a half to the beach, and it was well worth the trip upstream. 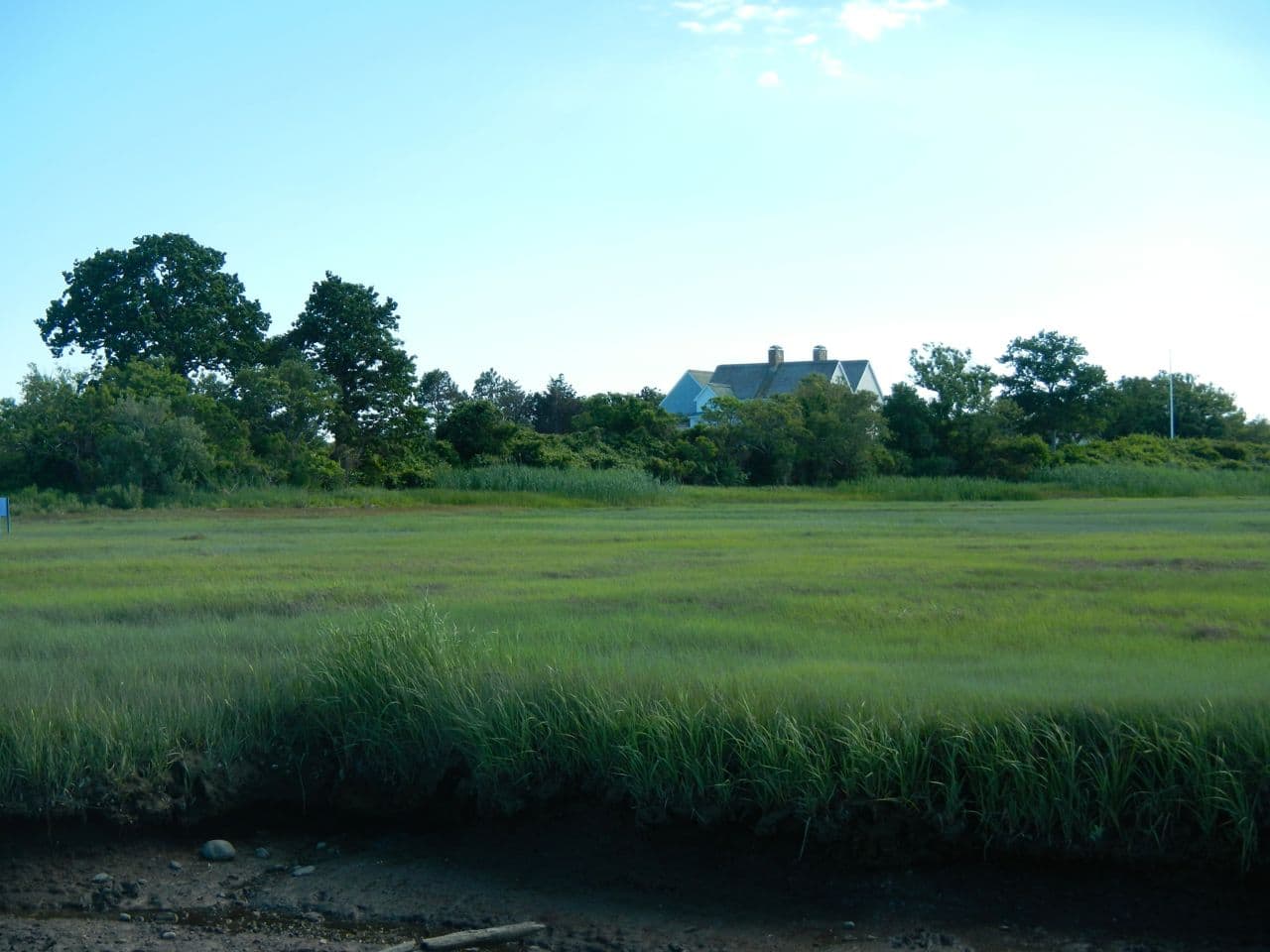 I tried to take a picture of Matt in the kayak, but clearly, I didn’t realize at the time that my lens had water on it. Oops. You can imagine how the picture below would have been awesome. 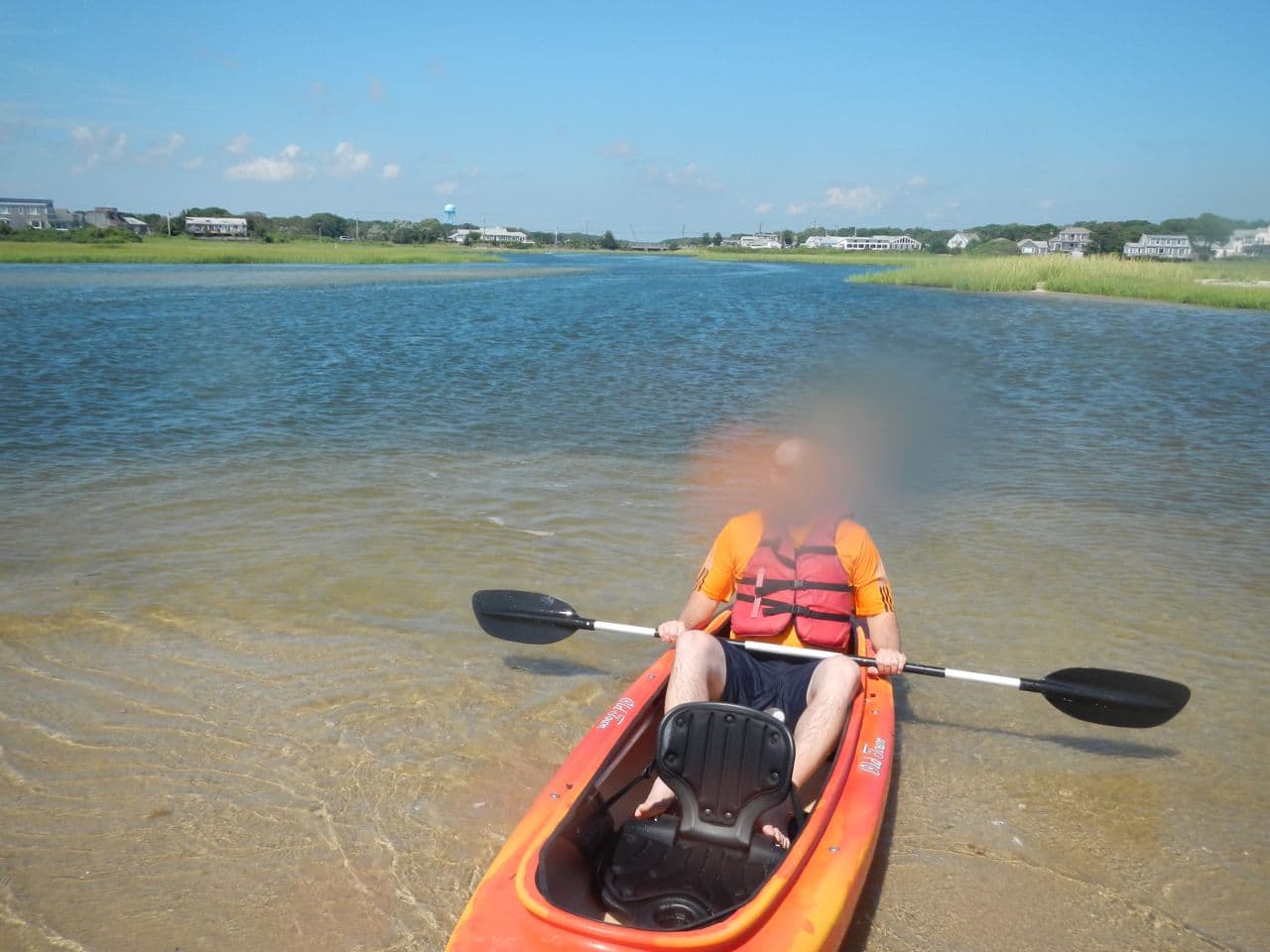 We wandered around the beach a bit, resting our arms and soaking up the view. Once we got back in the kayak, the current felt amazing at our backs. So amazing, in fact, that Matt told me to put my paddle down so I could relax while he and the current steered us along. What a guy. All that time without a paddle in my hands allowed me to take way too many pictures of my toes. Yes, the toes matched the kayak. No big deal. 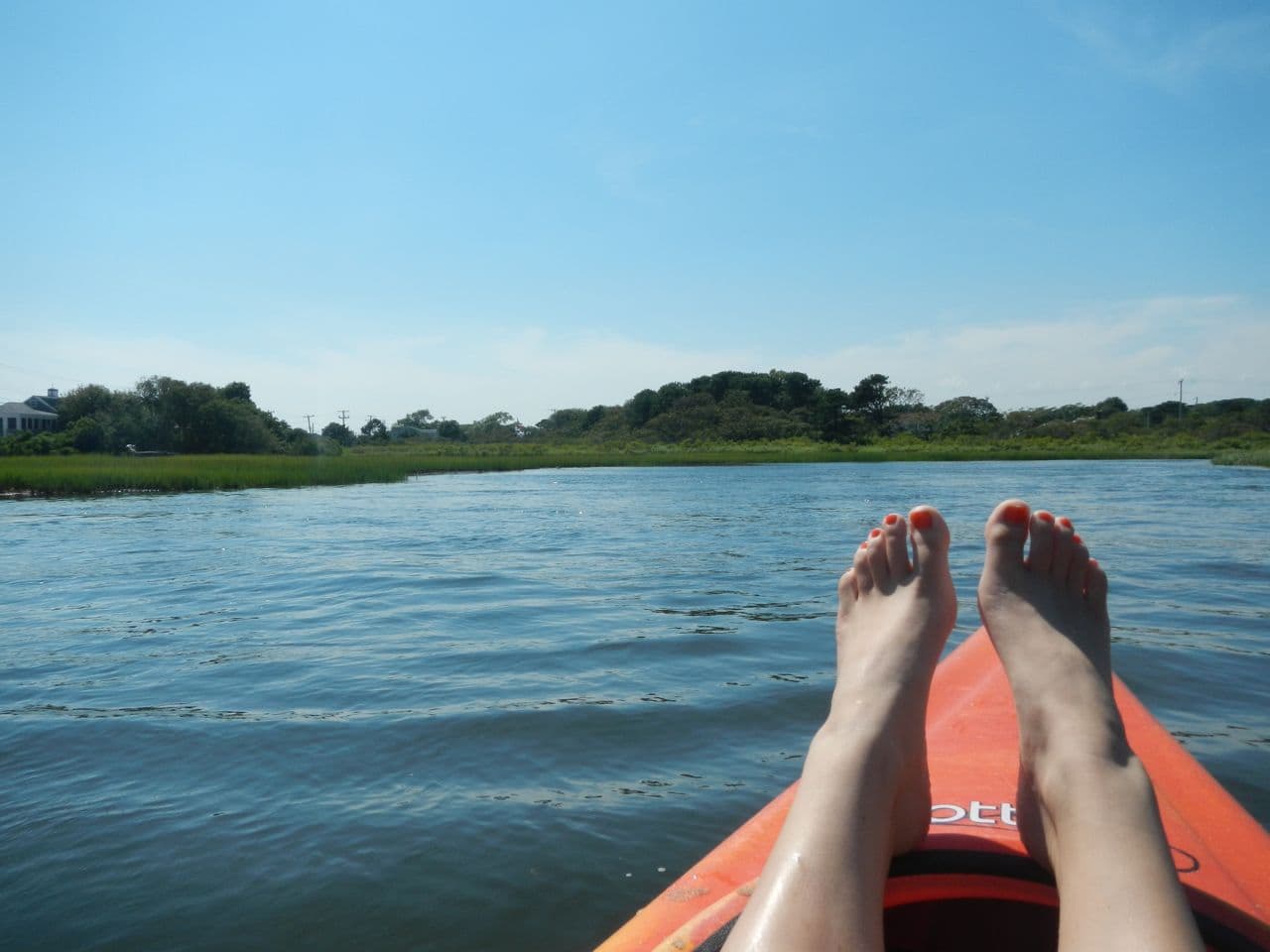 Overall, it was a great experience and we’d definitely go again. The water was relatively calm, we saw lots of birds, and had a chance to peek at some really beautiful homes. If you’re interested in the info, it’s all right here on the Cape Cod Waterways website. With kayaking in the rearview, we relaxed for a bit at Nana’s before the three of us headed out to dinner at Captain Parker’s, a longtime local favorite. Matt had these blackened pork chops that were ridiculously delicious. 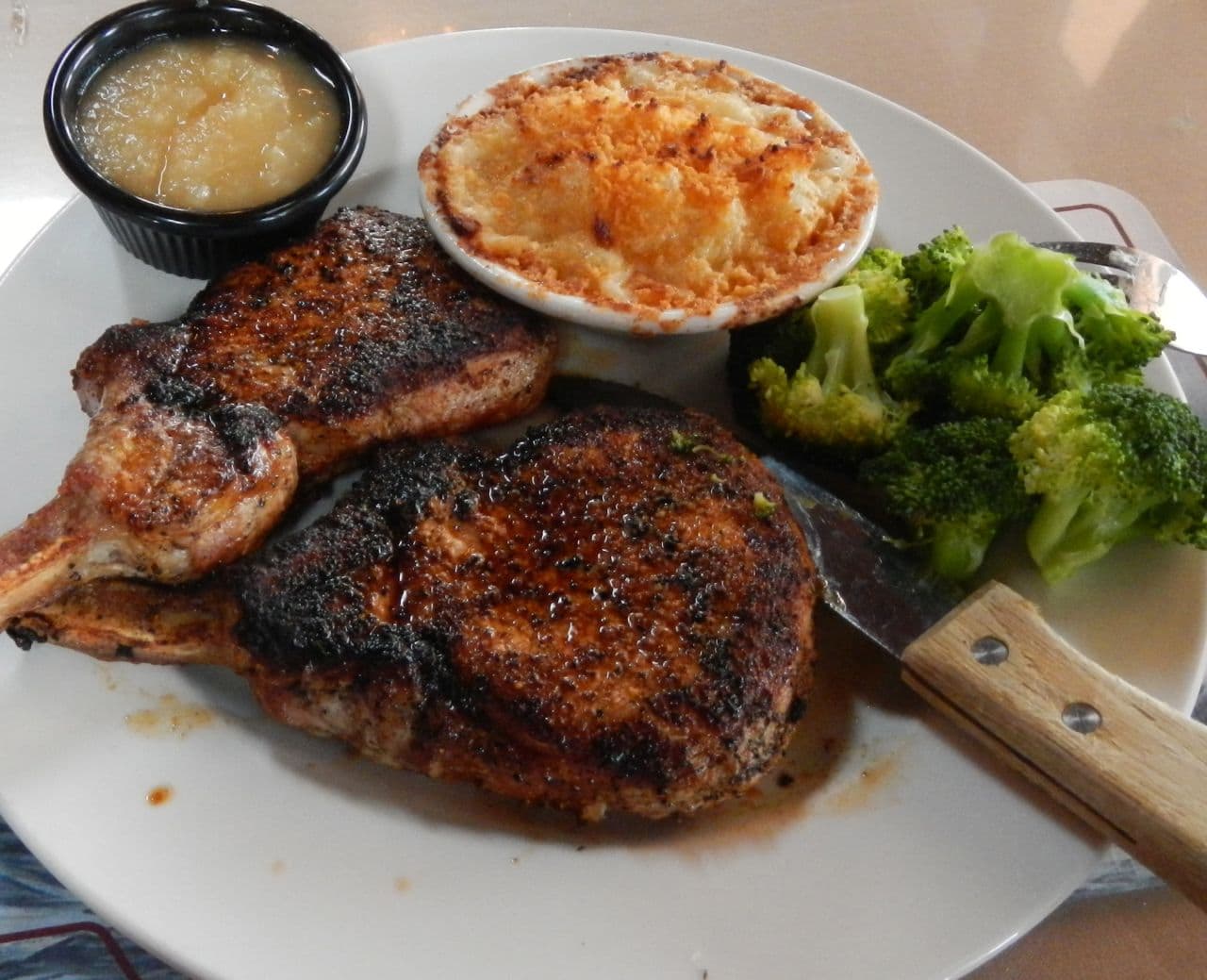 Nana and I each decided on a cod gratin of sort. It had soooo much butter and soooo much cheese. It. Was. Heavenly. Oh, did I mention that on top of my cod au gratin, potato au gratin was the side dish? I think I’m still burning off that meal. Actually, posting pictures of it and writing about is causing me to Google local restaurants where I can have something similar. Yum. 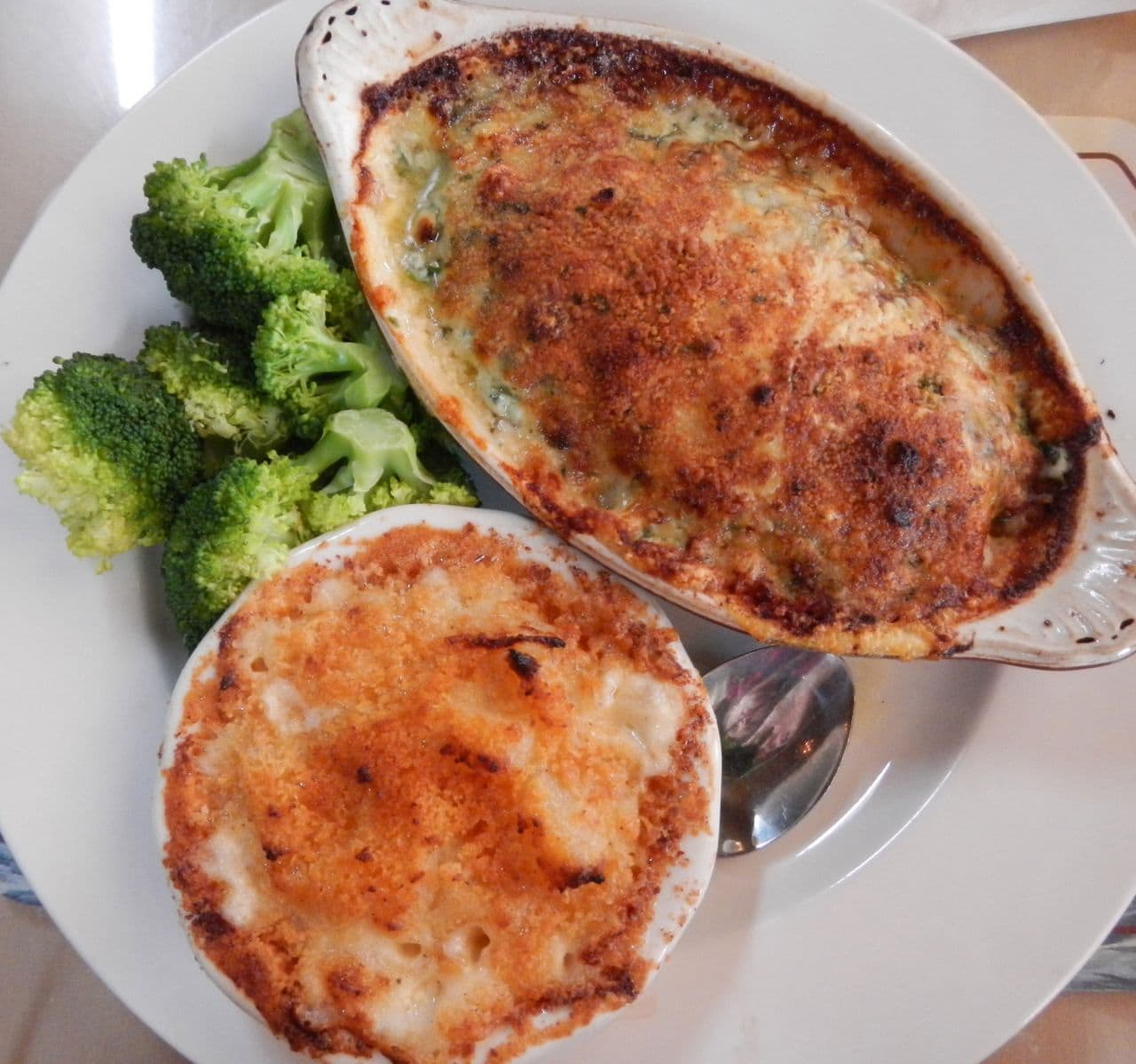 After dinner, we were all stuffed (obviously, did you see those meals?!) and looking for an activity to get us moving a bit. Nana suggested Gray’s Beach, or “The Boardwalk,” a spot near the Bass Hole in Yarmouth Port. Matt couldn’t get over the name. I’ve been hearing it my whole life so I guess it’s just the Bass Hole to me. He’ll be 30 in six months but can’t get over the “Bass Hole.” Oh, men.

It was breezy and beautiful, and although this spot is normally a haven for flies, there wasn’t a fly in sight on this trip. 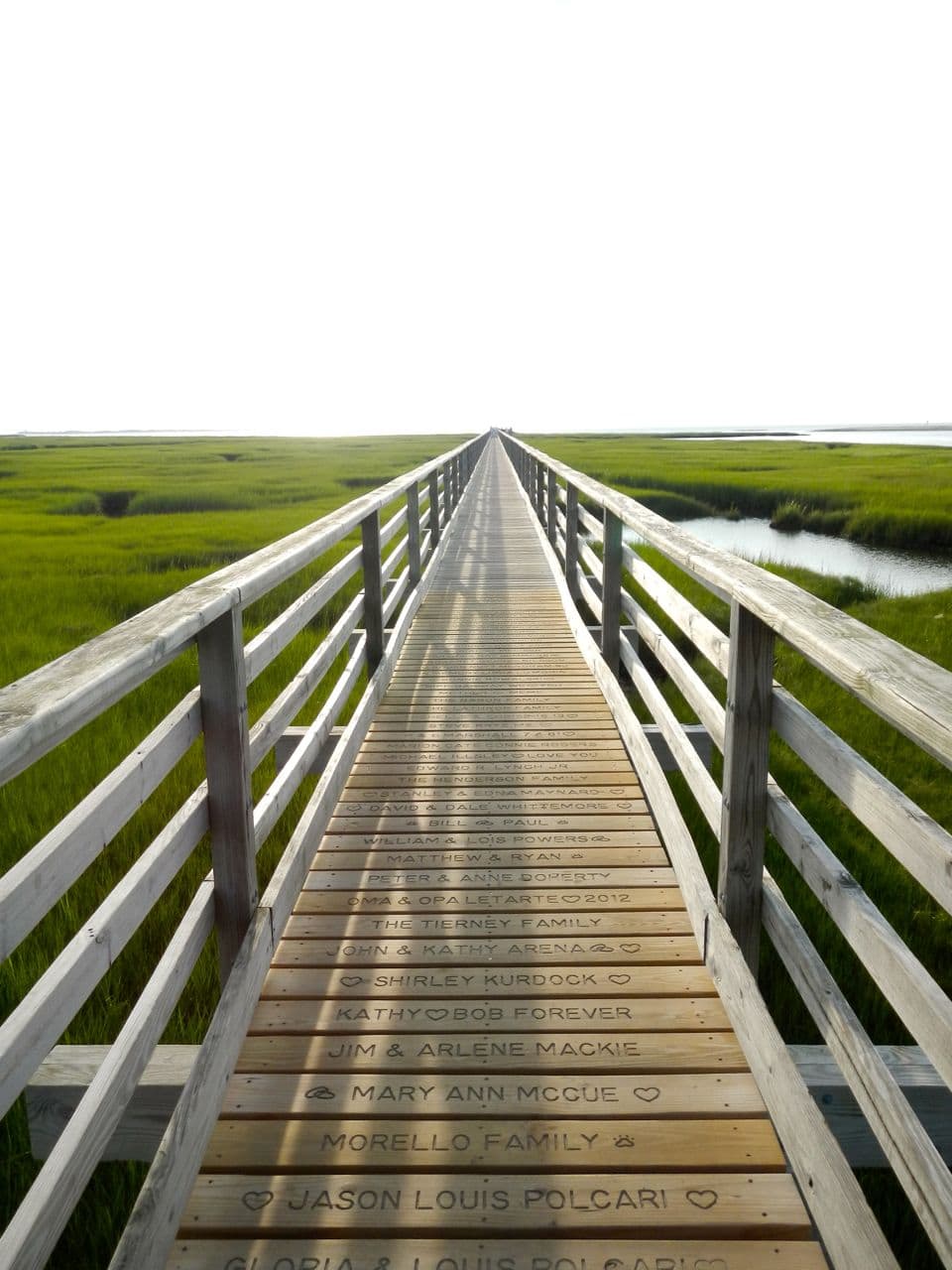 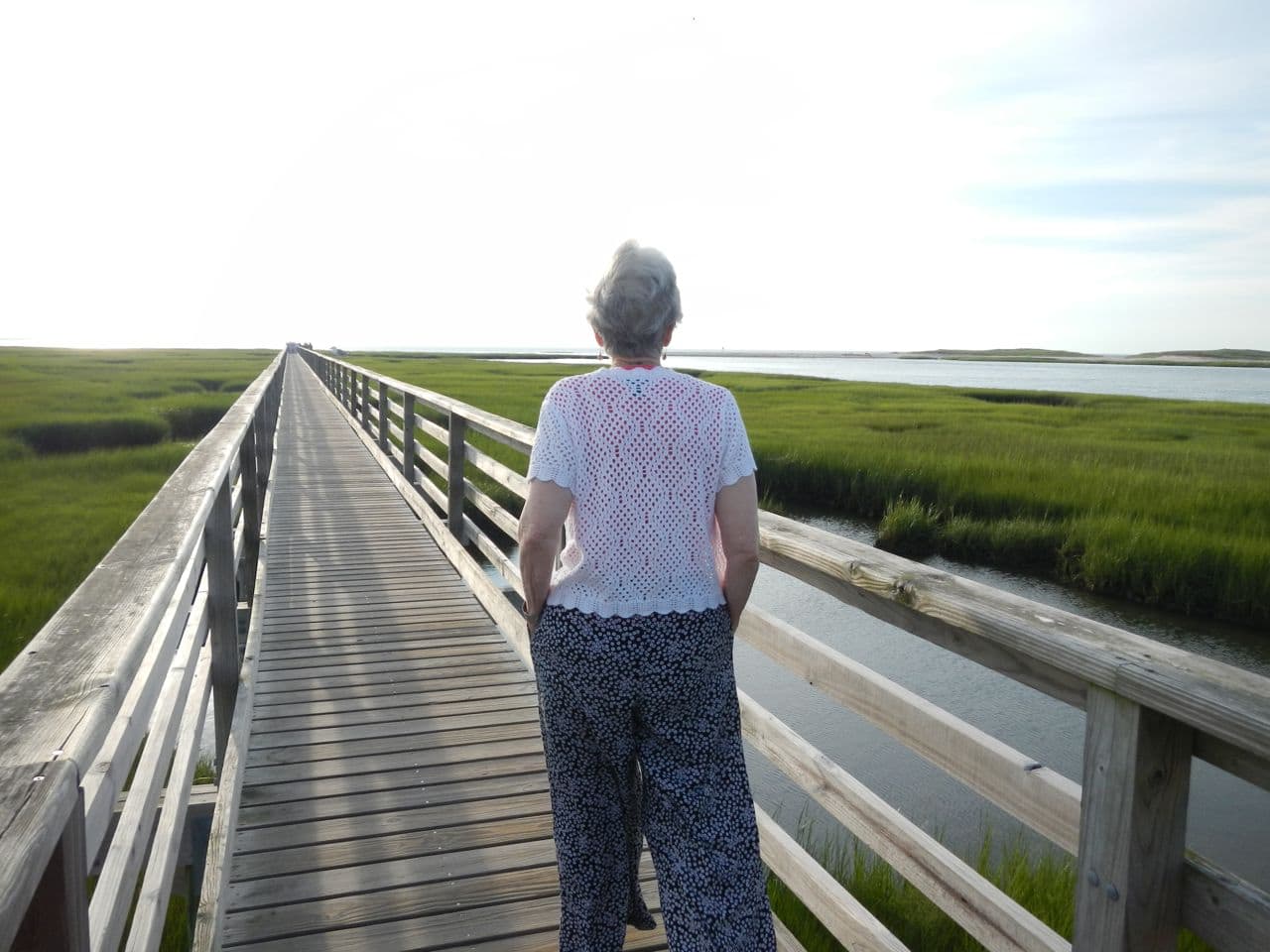 The boardwalk itself is flanked by marsh grasses that were the most beautiful shade of green. 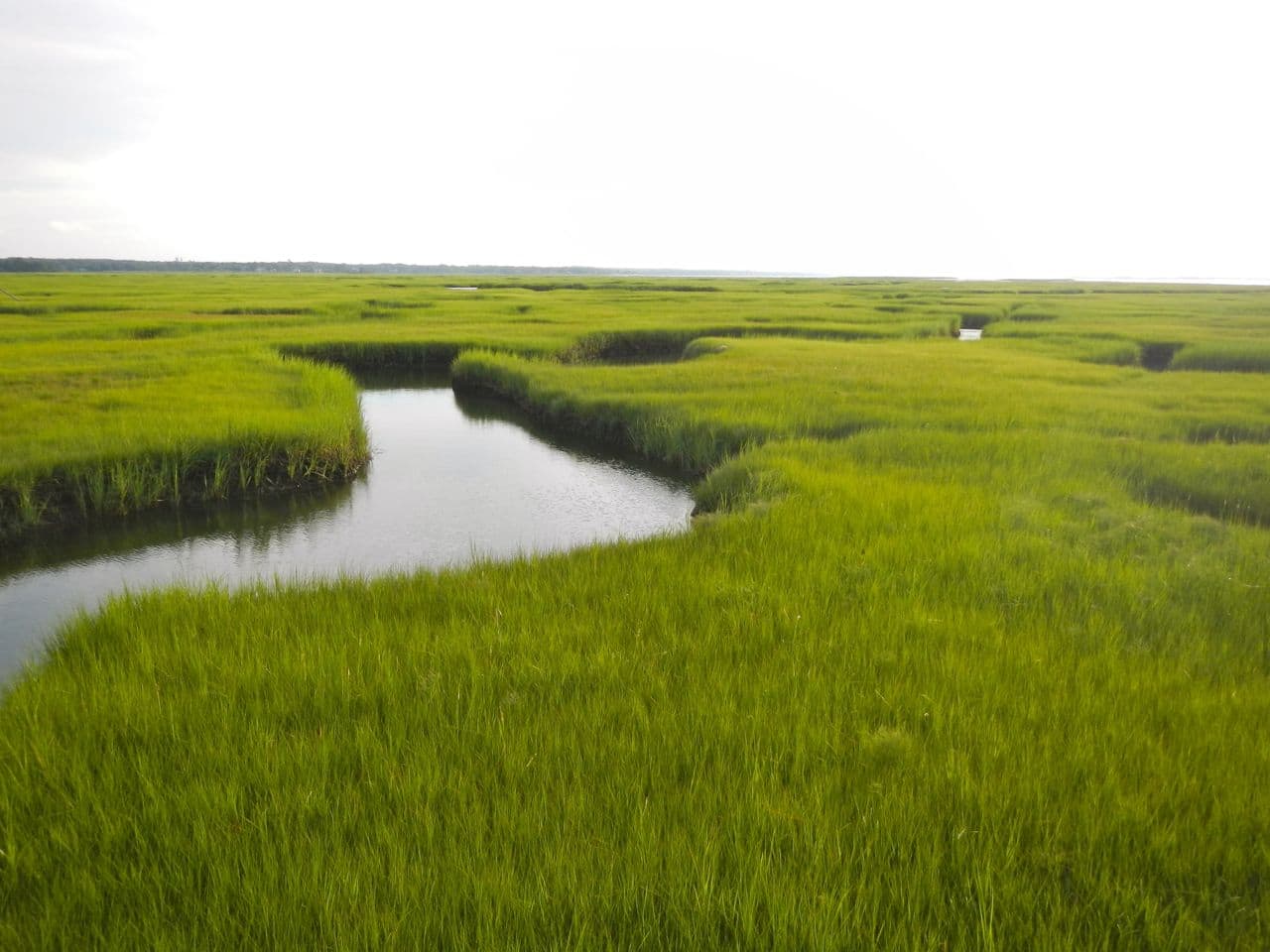 The wind was blowing the grasses around, and it was so, so quiet. You really feel like there’s no place on Earth like it. 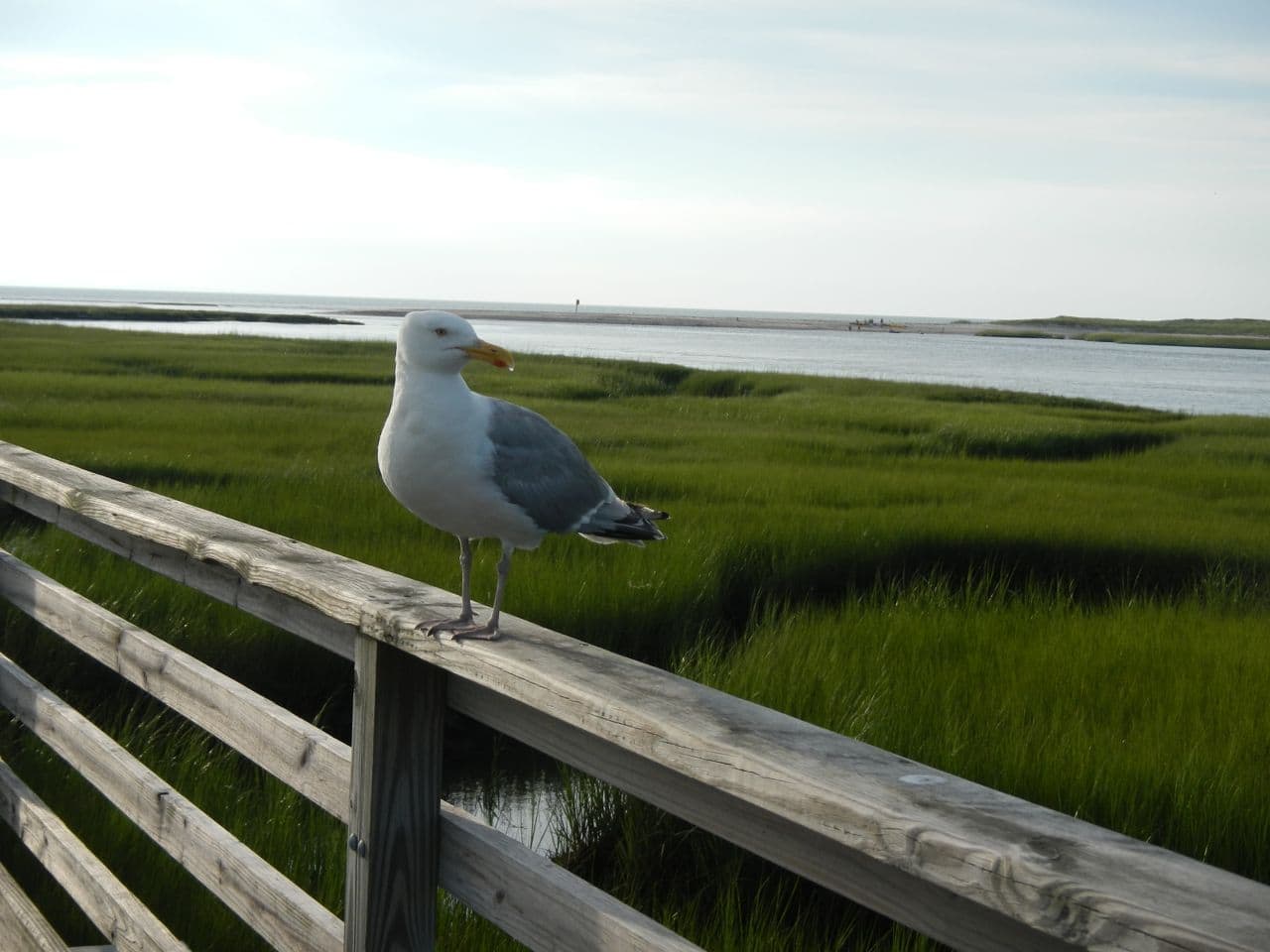 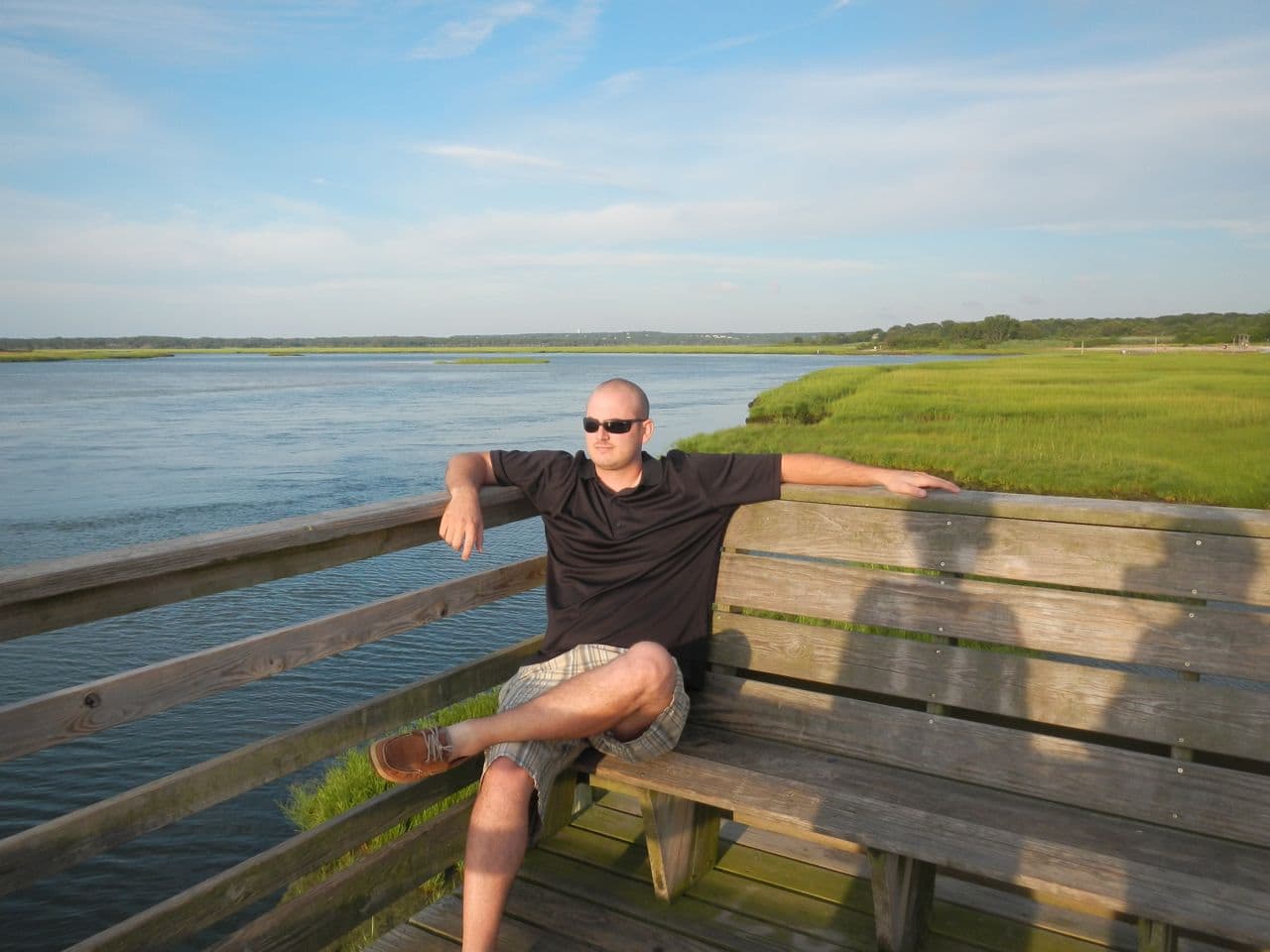 The sun was setting perfectly and the light was amazing. 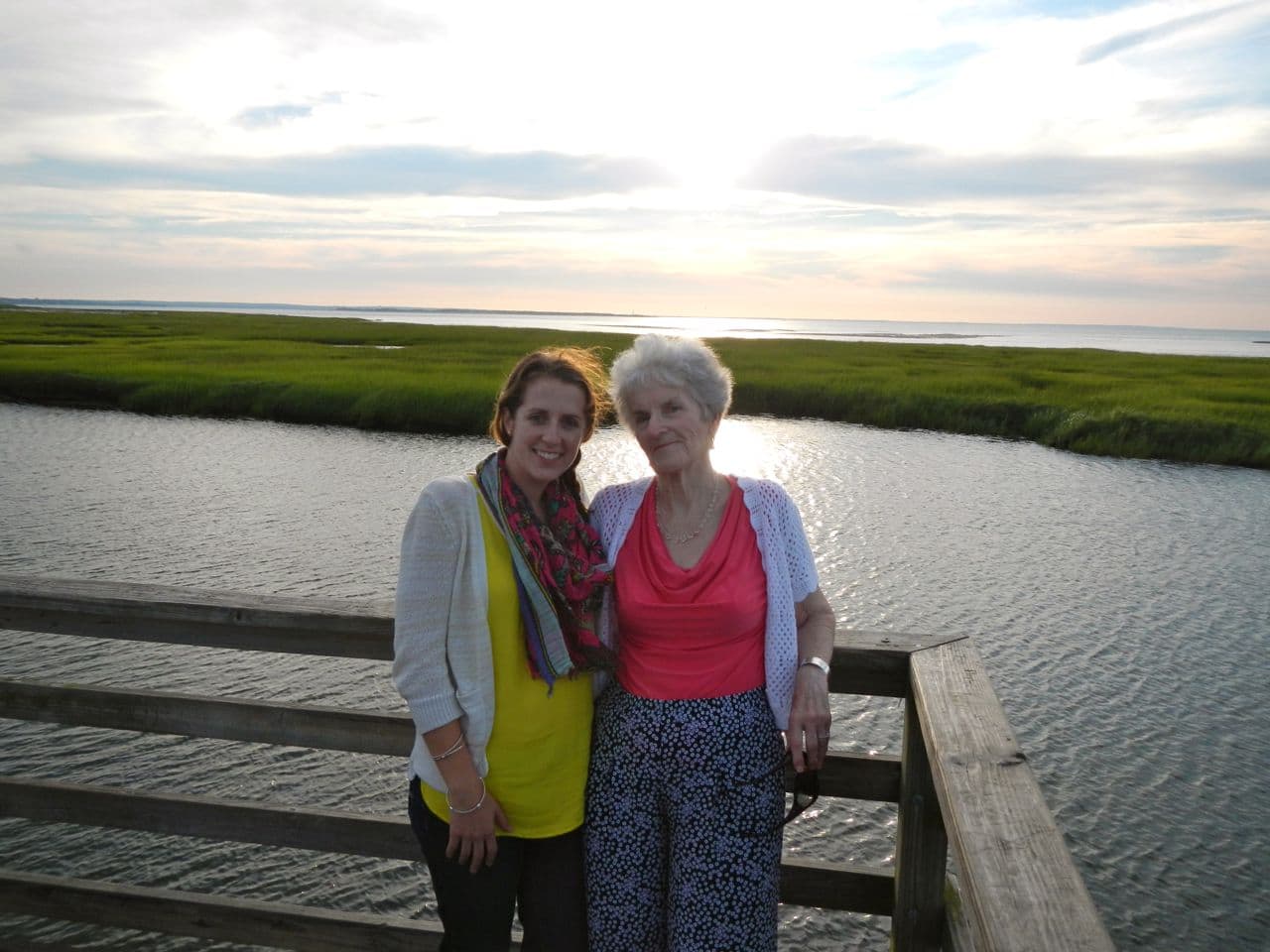 After we headed back, Matt and I decided to hit up Pirate’s Cove for some late night mini golf. Pirate’s Cove is the best mini golf course on Cape Cod. You can see some daylight pictures here. It’s authentic, clean, and fun. I can’t count how many times I’ve played this course, but Matt managed to beat me by two strokes. I managed to smile through it. 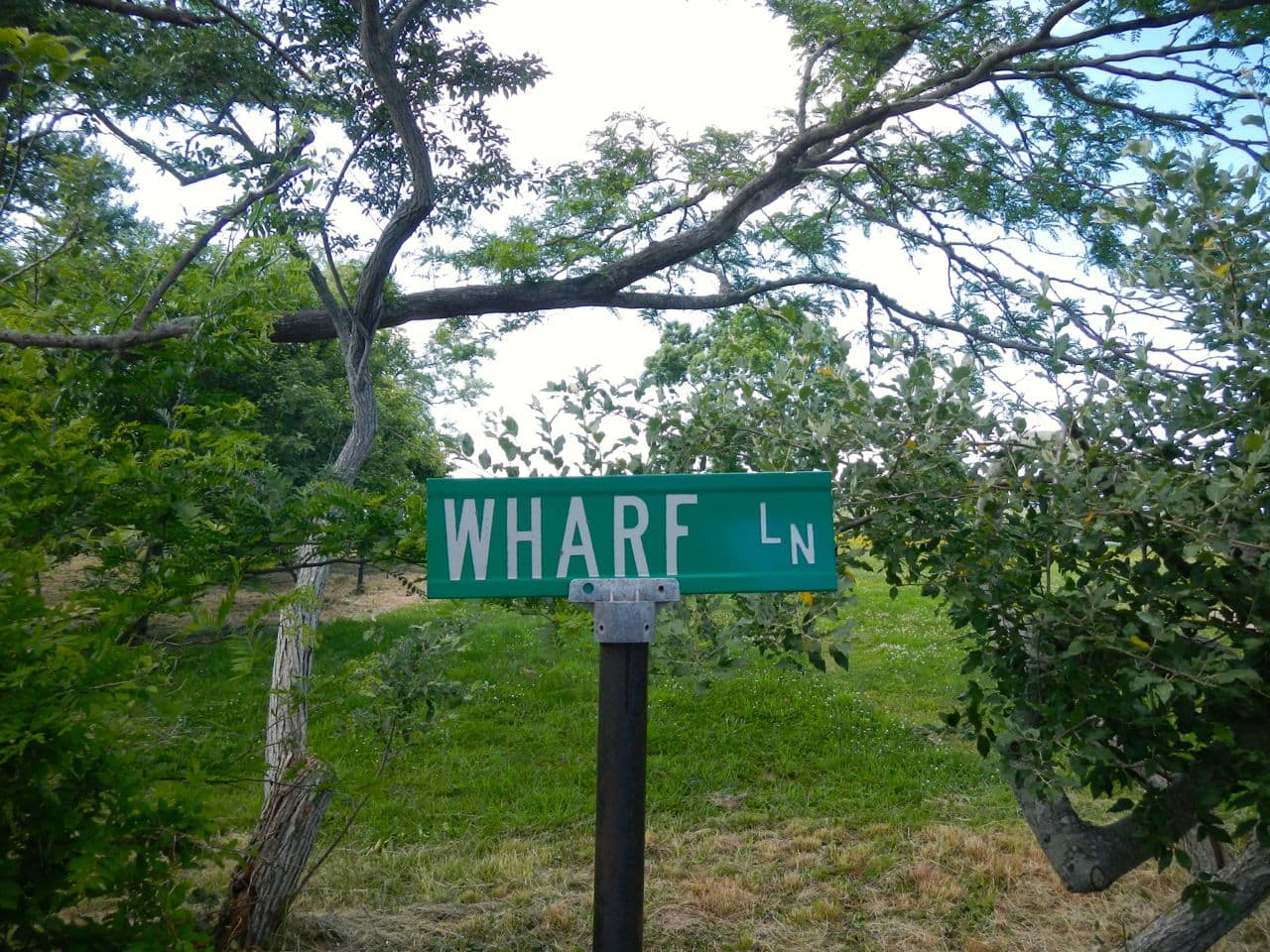 After we played, we popped on some paper pirate hats, and I took the obligatory picture looking scared of the pirate. If you can call that “looking scared.” 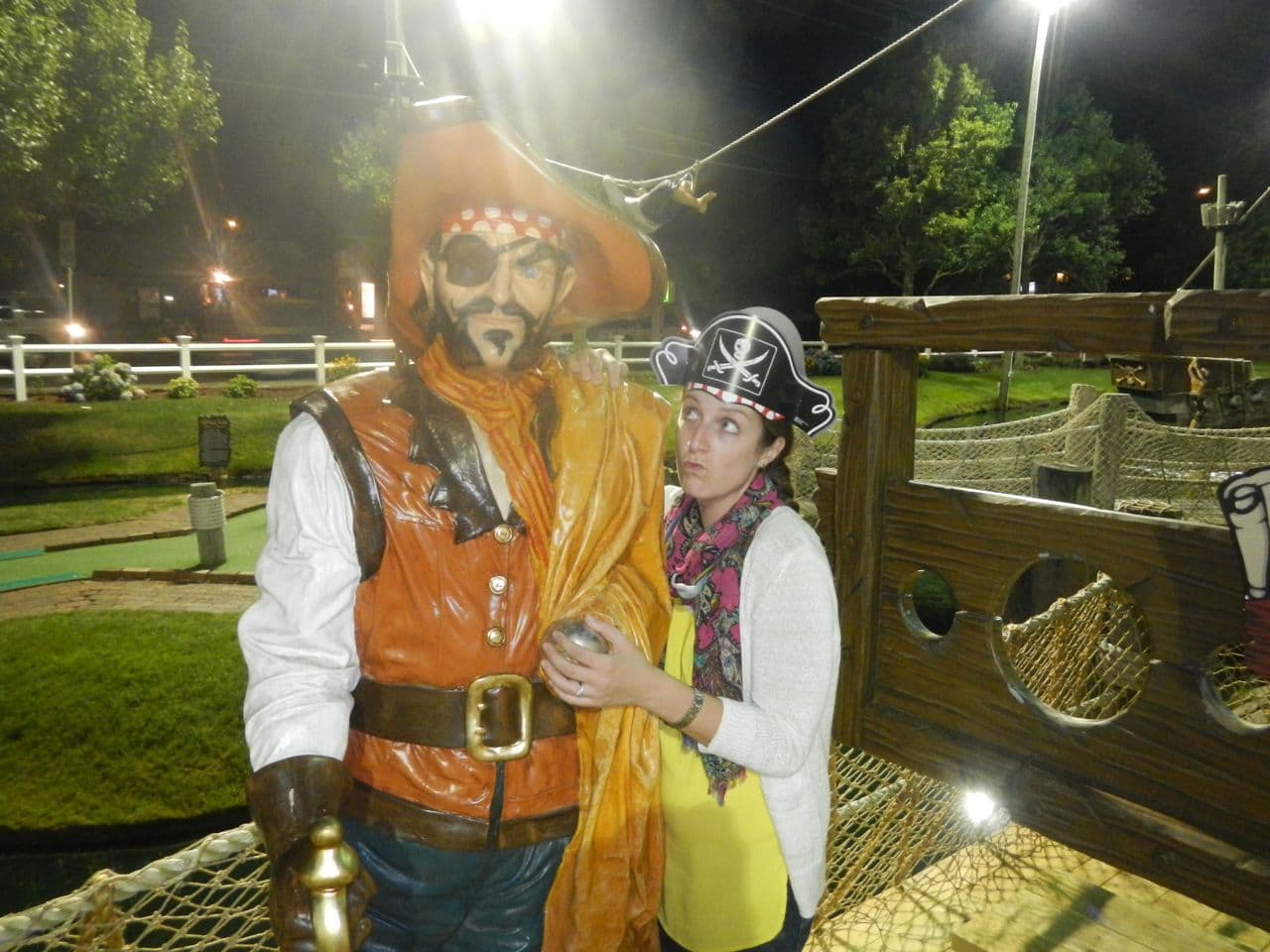 Of course, according to Matt, I wasn’t supposed to look scared, but rather intimidating, as if I were a pirate as well. Here’s my attempt. 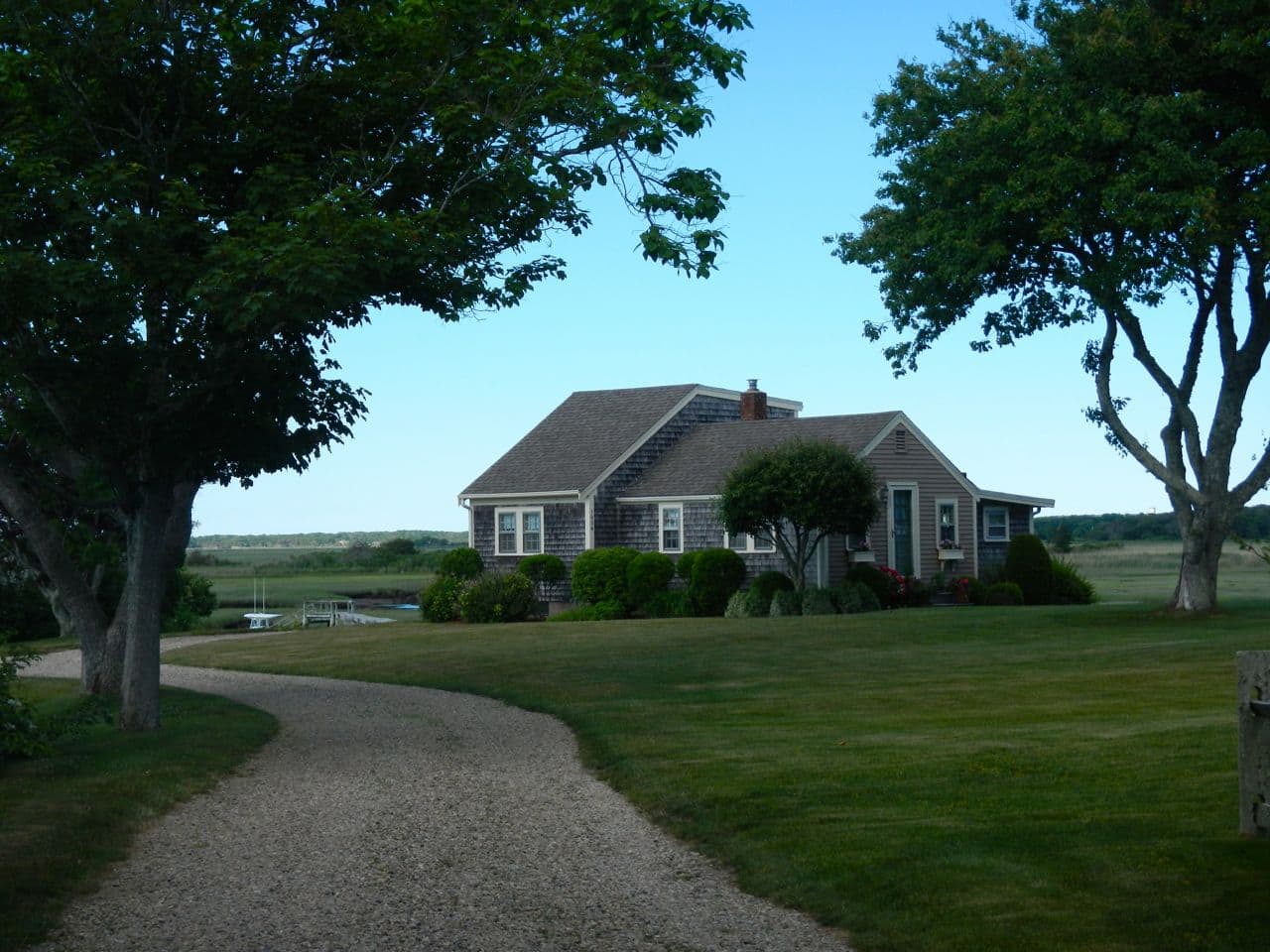 It’s funny how we don’t have pictures of Matt in his paper hat. Hmmm. We crashed that night, and had plans to head out to our inn in Harwich Port early the next day. Stay tuned for our adventures there!

Did you have a chance for a little (or maybe big!) getaway this summer? Where’d you end up?