Our house is quaint and cozy. At least I think so.

At 1400 square feet, it’s larger than some and smaller than some. Ain’t that the way of the world? I’m feeling the “quaint and cozy” more and more each day. With the baby here, there is a ton of baby stuff. A ton.

All of that stuff is making the house feel a bit smaller than it normally does and space is at a premium. It’s an old house, so the closets are fairly small. It’s been a bit of a puzzle to figure out where to put all of the baby stuff, but I like a challenge and I know that there are smart solutions to maximize the space. 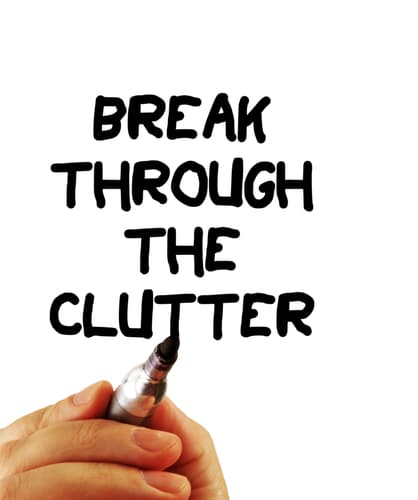 The easiest way for me to maximize space and my go-to for de-cluttering?

Get rid of it. Toss it. Throw it out.

I try to live simply but sometimes months (or even years!) go by without looking in a certain spot and really taking stock of what I need and don’t need.

We were given some adorable towels and bath toys at the baby shower and having very little space to store them, I set my sights on the space below the bathroom sink. Yes, I’m aware we haven’t done anything to update the bathroom. It’s on my list for 2014. 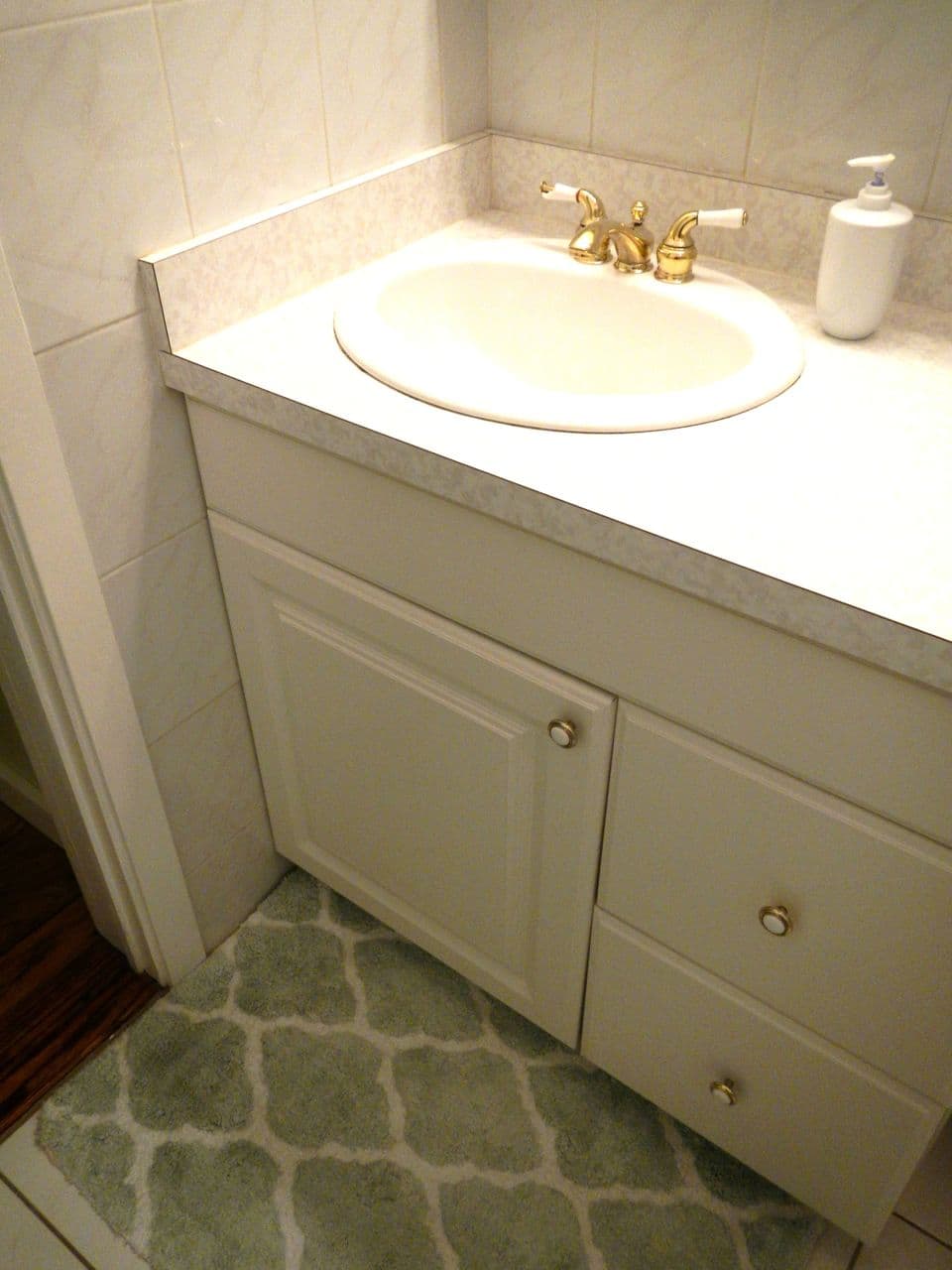 The space below the sink stored mostly cleaning supplies… many of which I don’t use! 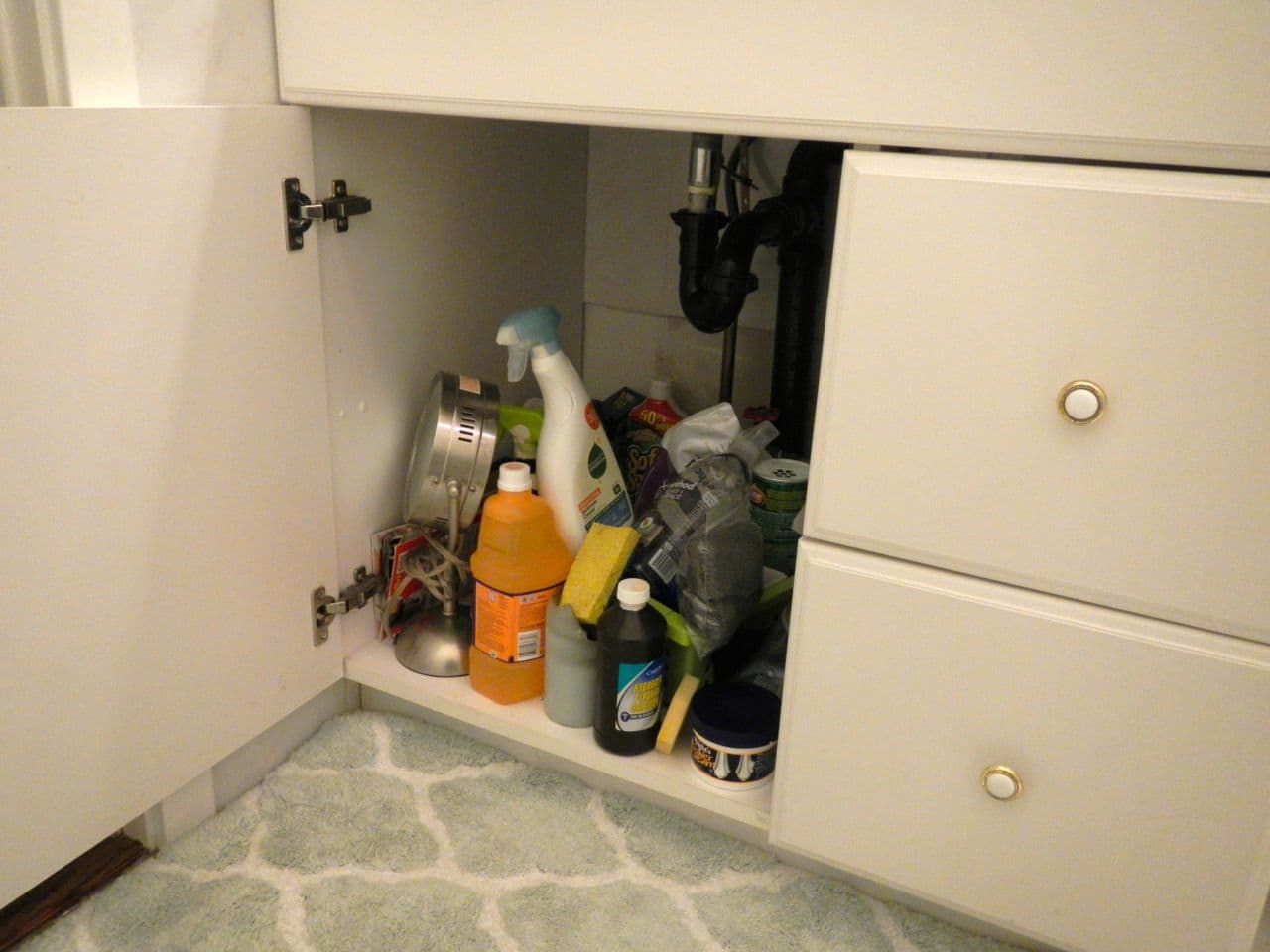 I pulled everything out to take stock. 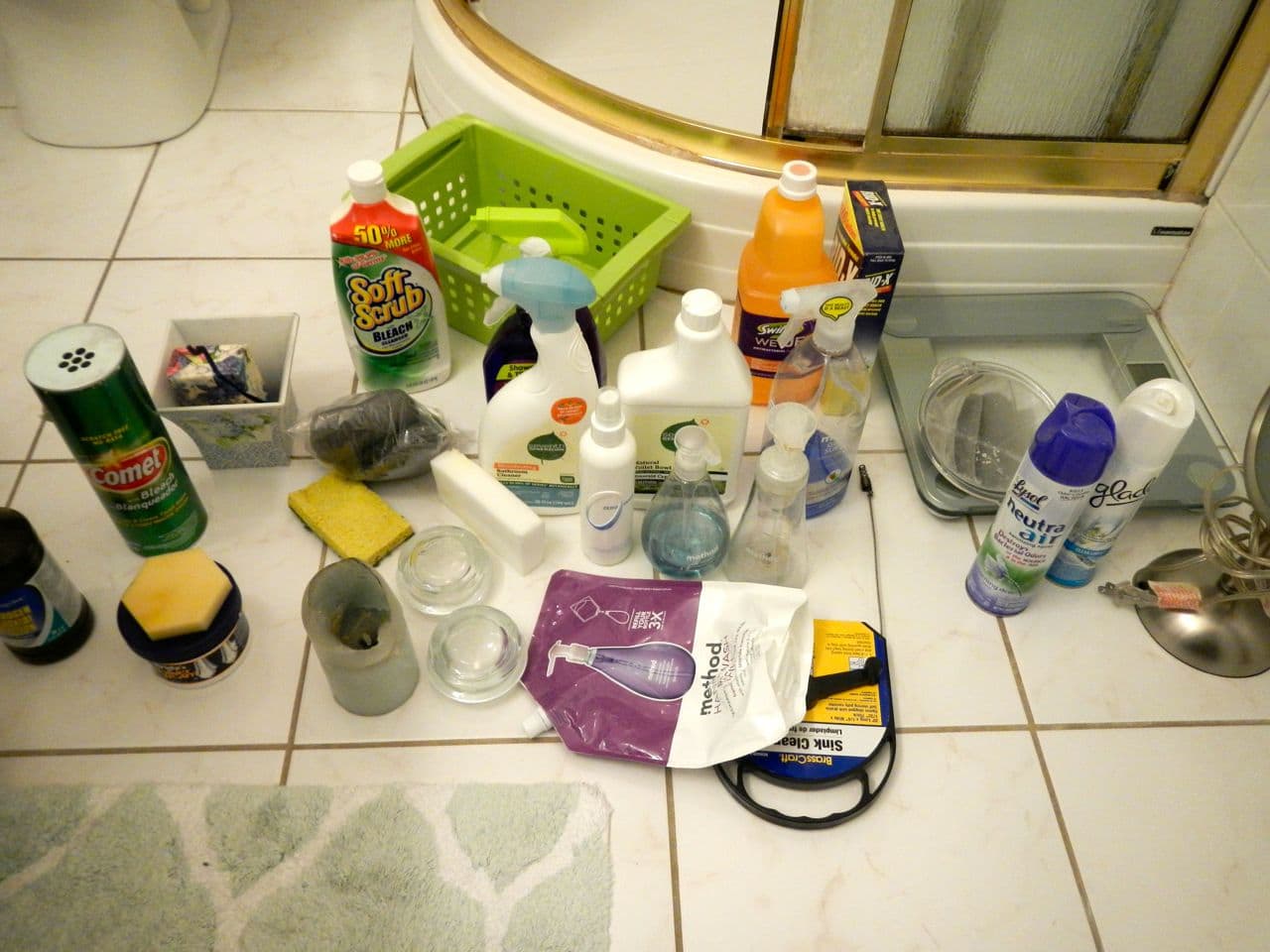 I actually use about five or six of those products. I pulled those items out and put them in the green basket at the rear of the picture above. The green basket is now under the kitchen sink, fraternizing with the other green baskets that store cleaning products. When I need to clean the bathroom, I can just grab the right basket and bring it in.

Everything else in that pile went into the garbage can or to the local food pantry. They’re always asking for cleaning supplies in addition to food donations. 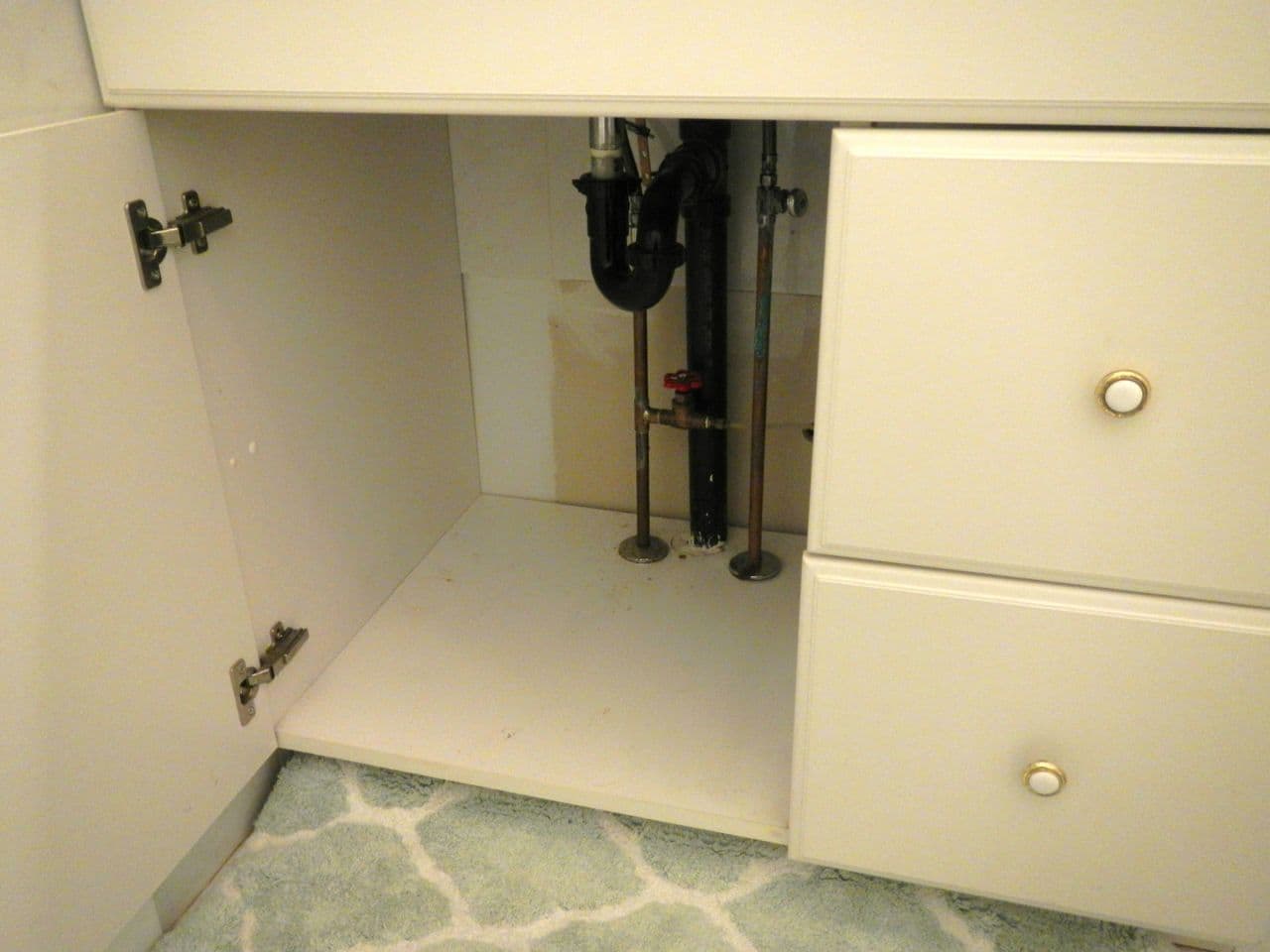 It’s not glamorous, but after I wiped it down, it was worthy of a cute basket in which to store baby bath time essentials. Michael’s was having a 50% off sale on baskets, so with some rough measurements, I picked out something that would maximize the space. It fit perfectly and for ten bucks, you can’t really beat it. 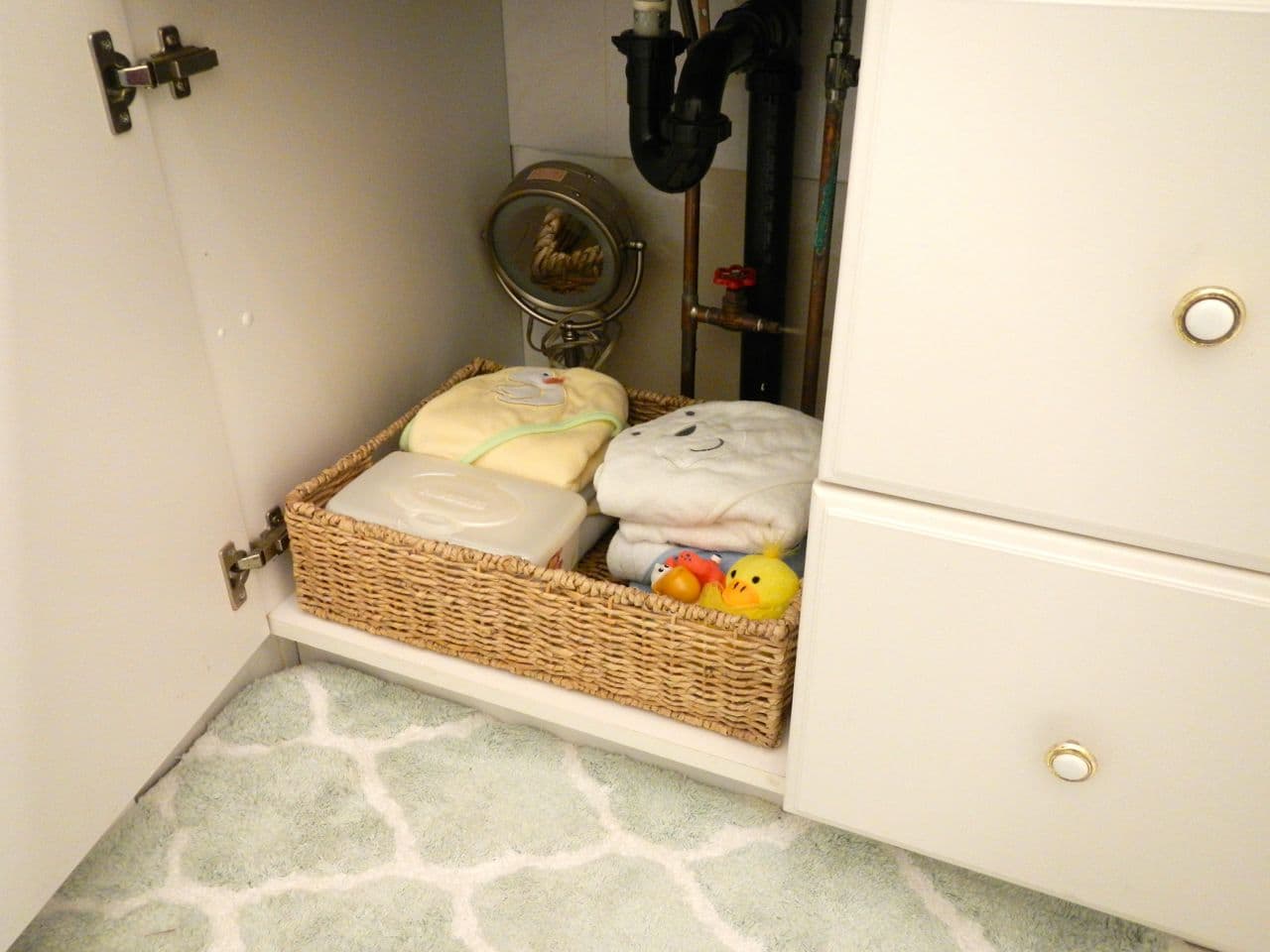 For now, I’m storing a few towels, wipes and toys. Eventually, the toys will probably stay in a mesh bag that hangs from the shower and this basket will store mainly the towels and the bath products. I’m just happy to have less clutter laying around and a functional space that doubles as baby-stuff-storage.

Does anyone else have a small closet problem in their house? Maybe you have giant closets but you’re a secret hoarder so they seem small. That’s no better!

Now, I’m off to the nursery closet to carve out some more sensible storage. One step at a time!