This week has been a little bit nuts for many reasons.

Matt’s softball leagues are finishing up so with playoffs and rescheduled rain-outs, he spends a few nights out each week leaving me to handle The Bear on my own. After being with him all day, of course. Oy. We love catching the weekend games when we can, though. Harrison loves watching his daddy play and I love the way his little fingers curl around the chain link fence calling “Da-Da, Gul!” Don’t worry, I pull his fingers off the fence when the batters are up. What kind of mother do you think I am?! 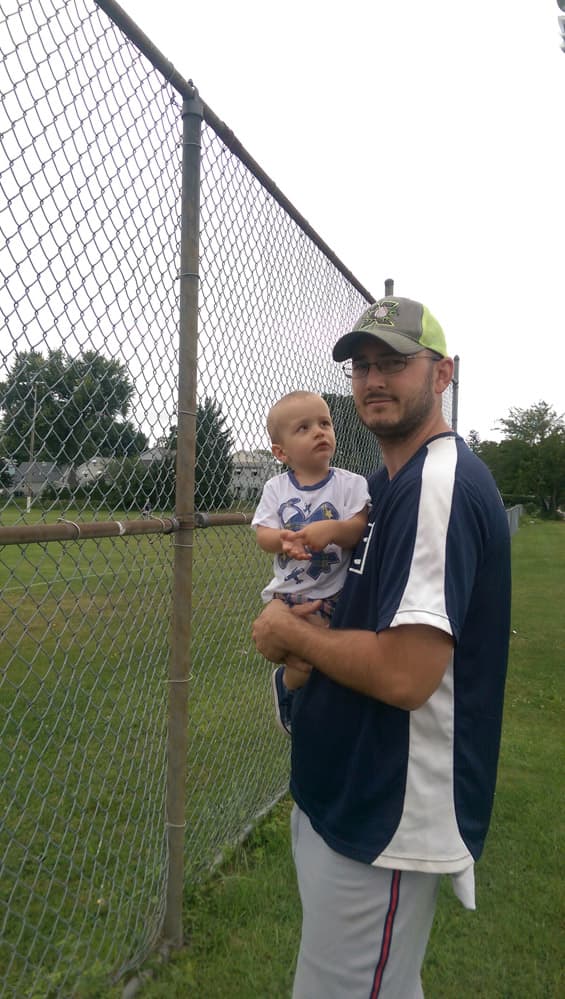 We also spent the last week (finally!) transitioning to one mid-day nap and that’s made Harrison a bit cranky at times due to lack of sleep. He’s not yet doing the 2-hour mid-day nap thing. We’re getting there, though. Kind of. One nap a day definitely has its pros and cons.

On top of the cranky kid, we kicked off our Sunday visiting our pediatrician during their office hours (Yep! On a Sunday. Love them.). While visiting friends on Saturday, Harrison was playing in a (very lightly) wooded area and fell a few times while running around. At bath time, I was washing off the residual dirt when I came across a piece that wouldn’t budge. It turned out to be a good sized splinter and it was _deeply _embedded. Matt and I tried to remove it and failed hence the pediatrician visit. He wouldn’t let the doctor near it, so they applied numbing cream and then we had to kill 20-30 minutes while it took effect. We wandered the abandoned parking lot hunting trucks. 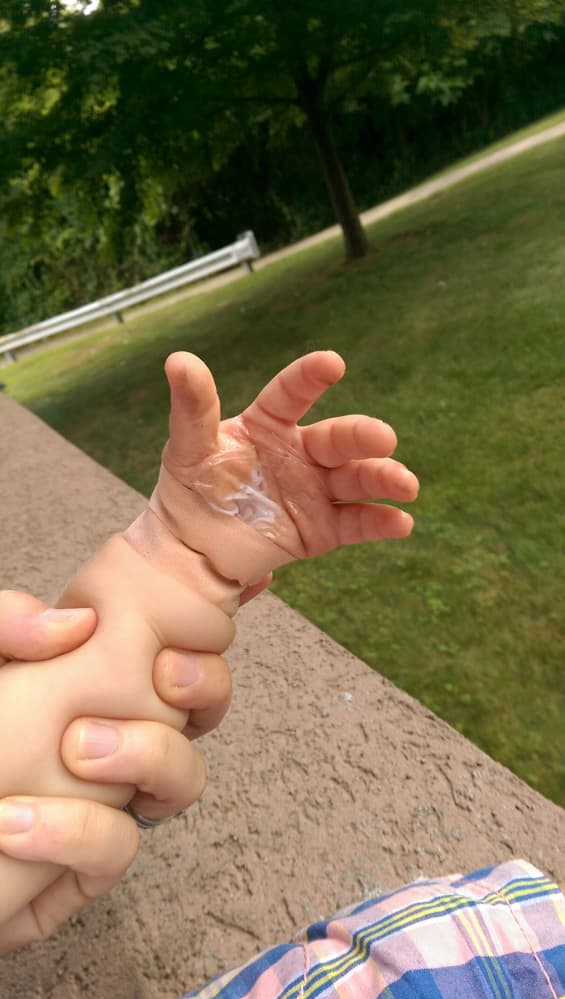 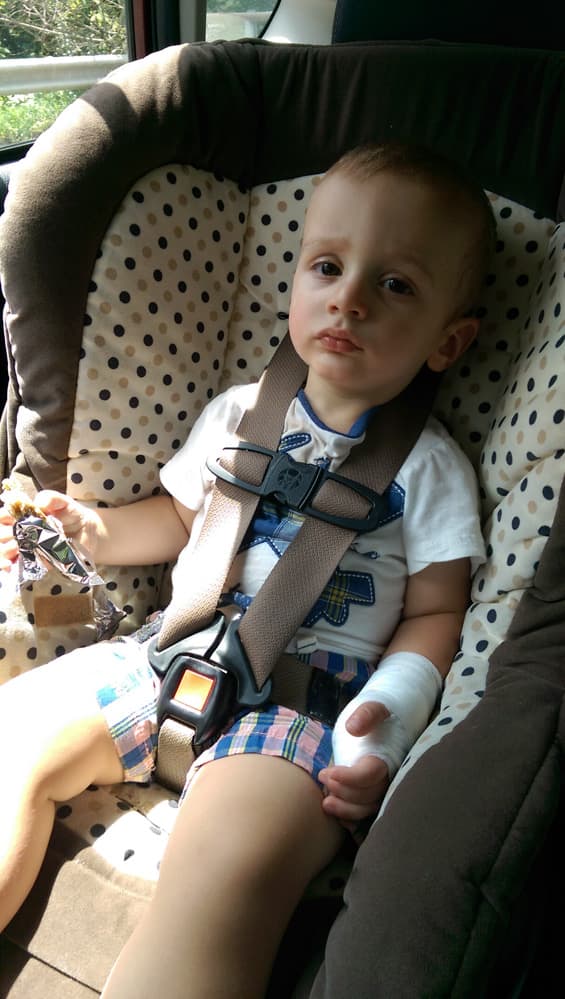 With everything going on plus the usual, “that’s life!” stuff, I’ve definitely cut a few phone calls short so in explanation, here are “5 Reasons I Rushed You Off the Phone.”

1. I just spent 2 hours in and around the pediatrician’s office with a toddler running on fumes. Or, if there is an expression more fitting than “running on fumes,” we’ll go with that. Oh, and he was having his hand numbed and cut open to remove a disintegrating splinter by a doctor he’d never met. 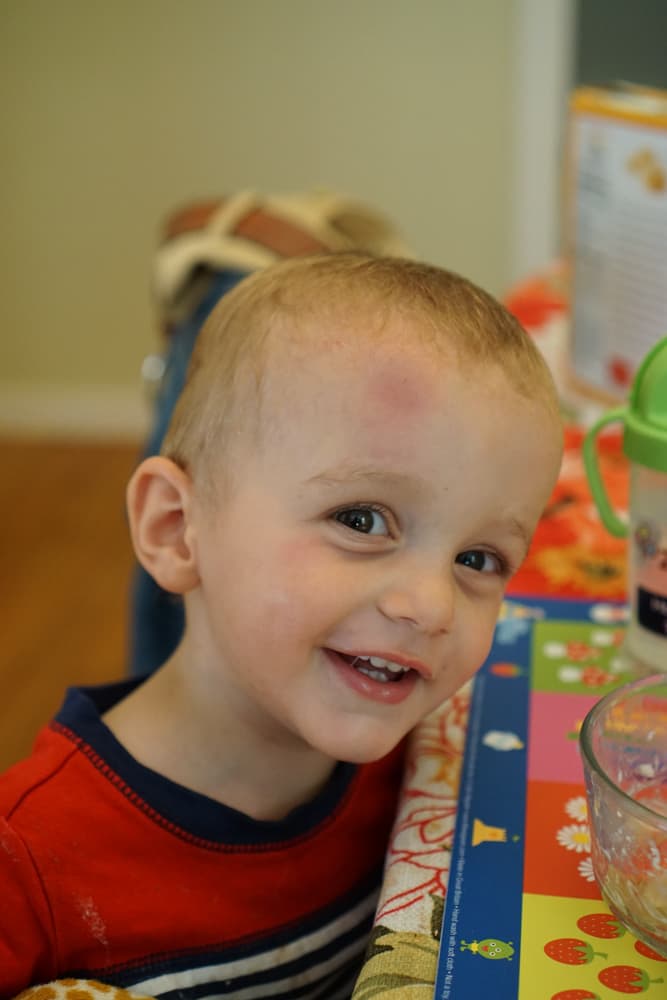 3. While replying to an e-mail of some urgency, (it would have otherwise gone unanswered until after bedtime because eyes on my phone=trouble) that very same toddler (shocking, I know) decided to smack the small of my back with his toy hammer. I was paralyzed for a few minutes. Yay, nerve damage!

4. If I don’t dead bolt the front door, my child turns the handle, opens the door, pushes the storm door open and flies out headfirst, hoping to make it to the pavement in any way possible. You can imagine it makes something as simple as carrying in the child and the groceries while finishing our phone call a bit difficult because I’m playing door defense while trying to keep the raspberries in their clamshell, all while getting kicked in the stomach by a kid who just wants to go back outside.

5. After being “on my game” from 6:30am-7pm and then attempting to tackle grown-up dinner, dishes, toy clean-up and laundry, I just want to sit in silence. Yep, silence. Preferably with all “screens” on silent mode and a book and a beer in hand.

Oh, and to top of this week from Hell, Harrison and I hit a deer while driving yesterday. So there’s that. We’re both fine — it was at a relatively slow speed but the thing came sprinting out of nowhere right next to the road and I couldn’t swerve because there was oncoming traffic. Oy. The deer ran away and Harrison was completely unfazed (even thought I screamed!) so there are the positives. The negative besides me being all shook up is my car’s front driver-side panel is a little mangled. Yet, it could have been way, way worse.

The next few weeks will be even nuttier because we’re visiting four different states as many weeks. Wish me luck.